SEOUL, July 30 (Yonhap) -- The police said Thursday they have suspended their forensic analysis of the mobile phone of late Seoul Mayor Park Won-soon, following a request submitted by Park's surviving family to the court.

The Seoul Metropolitan Police Agency said it has been ordered by the Seoul Northern District Court to halt its forensic procedures until further notice. 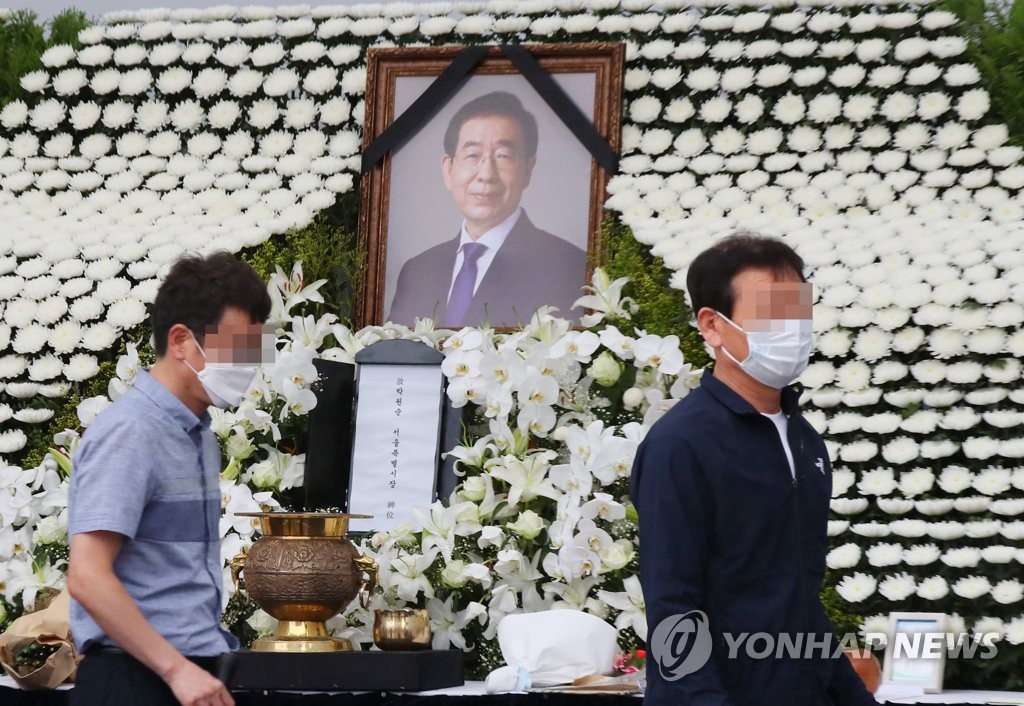 During their investigation into circumstances surrounding Park's death earlier this month, the police unlocked Park's iPhone on July 22.

Park was found dead in Seoul on July 10, two days after a former secretary of his filed a sexual abuse complaint against him. The police probe currently focuses solely on verifying the cause of Park's death. They need additional warrants if they want to gather information related to the allegations of his sexual misconduct.

Earlier Thursday, the National Human Rights Commission of Korea announced it will conduct its own probe into sexual abuse allegations against Park, in response to calls from civic groups and the ex-secretary's legal representative.