SEOUL, July 30 (Yonhap) -- The defense ministry announced Thursday that two southeastern counties have agreed to co-host a new military airport, a breakthrough that will speed up the relocation process that had stalled for months.

According to the ministry, the counties of Gunwi and Uiseong in North Gyeongsang Province have come to an agreement on jointly hosting the airport, which will be moved from the southeastern metropolitan city of Daegu.

The ministry said in January that Gunwi and Uiseong would be the site for the airport, but Gunwi balked at the co-hosting plans and insisted on having the airport to itself.

The two counties were supposed to submit their application by July 3, but the defense ministry extended the deadline to Friday, so that Gunwi and Uiseong could work out some sort of a deal.

The ministry previously said if Gunwi did not accept the co-hosting proposal, the project would go back to square one because Gunwi alone was found to be unfit for the airport.

In announcing the agreement, the ministry thanked both communities for showing a strong desire to build the airport and for making concessions to produce the eleventh-hour deal.

The ministry is scheduled to formally name the two counties as the new site for the airport sometime in August.

The construction is expected to begin in 2022, with the goal of completing it by 2028.

"We may face challenges down the road, and we all have to come together to overcome those hurdles," Lee said. "This is the largest project in the North Gyeongsang region, I'd like to thank Gunwi county and its residents for making it possible."

The government plans to develop the new airport as a transportation hub in the region that serves both military and civilian purposes.

The project to relocate the airport in Daegu, some 300 kilometers southeast of Seoul, has been long anticipated by residents in the city amid complaints of aircraft noise, development restrictions and other issues related to the airport and military facilities in their neighborhood. 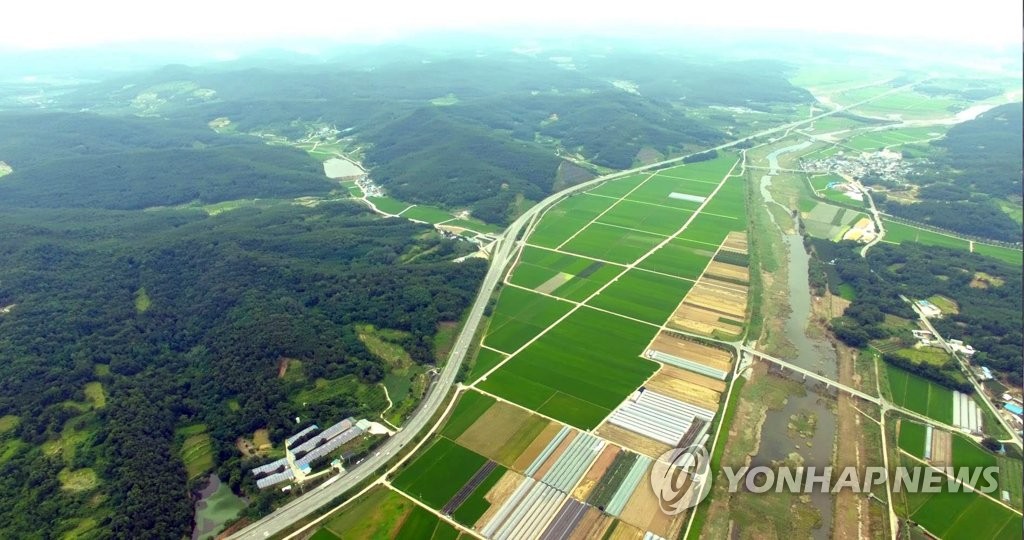