Seoul, July 30 (Yonhap) -- South Korea's unification ministry said Thursday that it has approved the shipment of coronavirus quarantine supplies by a private organization to North Korea.

Permission was given for the sending of disinfectants, protective suits and COVID-19 test kits, worth some 800 million won (US$668,900), a source at the Ministry of Unification said.

The official said the supplies will be sent by the inter-Korean economic cooperation institute that previously requested permission to send items that can be used by the North. Pyongyang has not yet announced a coronavirus outbreak in the country, though it has enforced tight control over its populace to guard against the pandemic.

The government, however, did not release information on who would receive the shipments sent.

"The ministry has examined all related documents, including the agreement reached with the North, and funding and has determined that everything is in order," the insider said. He said infra-red cameras were not included in the items to be sent to North Korea.

Related to the latest approval, the private institute, dedicated to promoting economic exchanges between the two Koreas, received permission on July 17 from the United Nations body overseeing the enforcement of sanctions on the North to send supplies to the North. The supplies are to be used at schools, ports and hospitals in North Pyongan Province, with the body also allowing the sending of infrared cameras, which can be used to check people for fever, a symptom of the coronavirus.

The shipment marks the first time that a South Korean organization has been given permission to send items to the North after Lee In-young was formally named unification minister this week. Lee said he is willing to work with North Korea to prevent a coronavirus outbreak in the country. 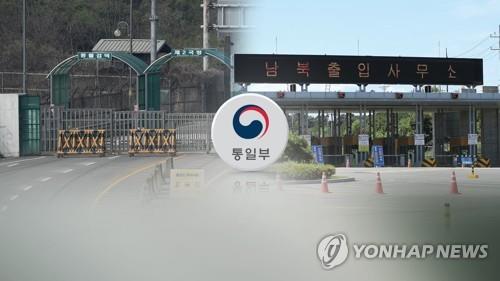