Production in the mining, manufacturing, gas and electricity industries jumped 7.2 percent on month in June, marking the sharpest monthly growth since February 2009.

Sales of durable goods, such as cars, gained 4.1 percent, and those of nondurable ones, such as cosmetics, edged up 0.4 percent, the data showed.

"The possibility of an economic rebound in the third quarter becomes clearer," Kim said.

The so-called cyclical component of the composite leading index, which predicts the turning point in business cycles, rose by 0.4 point on-month to 96.7, marking the first gain in five months.

South Korea entered a technical recession, with the economy contracting 3.3 percent, in the second quarter. In the first quarter, the economy shrank 1.3 percent on-quarter. 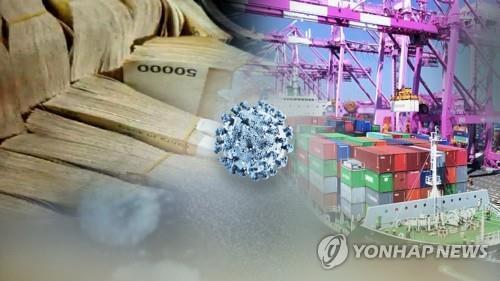