SUWON, South Korea, July 31 (Yonhap) -- A court will hold a hearing Friday to determine whether to issue an arrest warrant for the founder of a minor religious sect over alleged obstruction of the government's efforts to contain the spread of the novel coronavirus.

The decision for Lee Man-hee, the leader of the Shincheonji Church of Jesus, is expected to be made later in the day or early Saturday.

Earlier this month, the Suwon District Court issued the warrants for the sect's three senior officials who face similar allegations to those of their leader. 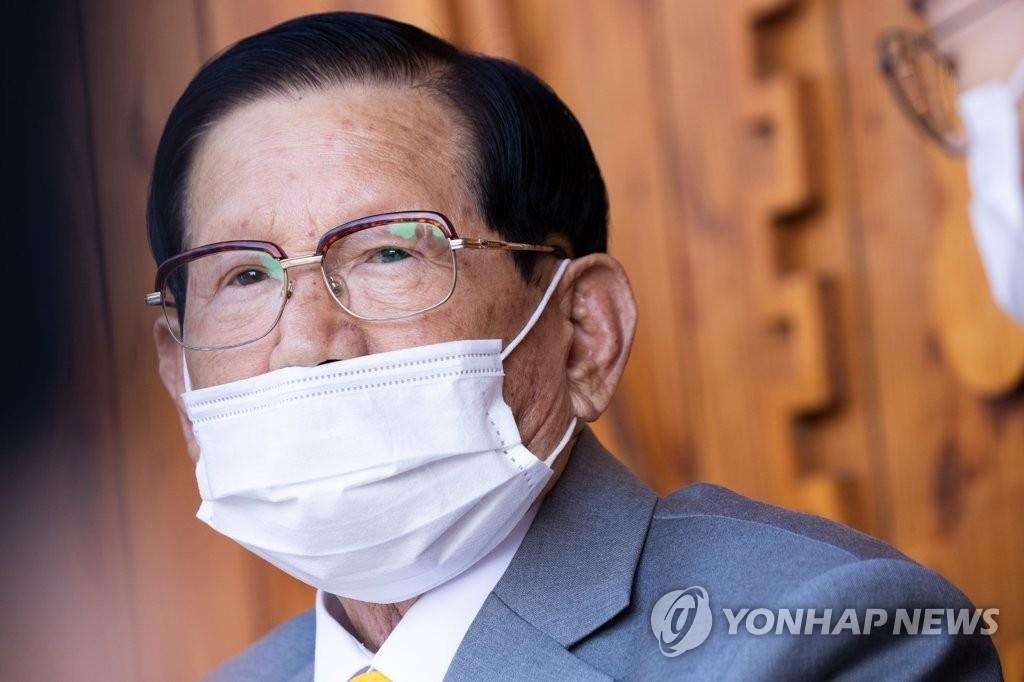 Lee, 89, is suspected of submitting false documents to health authorities on the number of participants at the sect's gatherings and where the gatherings took place in February when the sect was at the center of the virus spread in the early phase of the COVID-19 outbreak in the country.

He is also accused of destroying evidence to prepare for a possible probe and misusing the sect's money, totaling 5.6 billion won (US$4.68 million).

Prosecutors called him in twice this month for an investigation and filed for the warrant at the court Tuesday.

South Korea's COVID-19 caseload was at 14,269 as of Thursday, according to the Korea Centers for Disease Control and Prevention (KCDC). More than 5,000 of them are infections associated with Shincheonji.