SUWON, South Korea, Aug.1 (Yonhap) -- The leader of a minor religious sect at the center of the early coronavirus outbreak in South Korea was arrested early Saturday for allegedly obstructing the government's efforts to contain the spread of the pandemic. 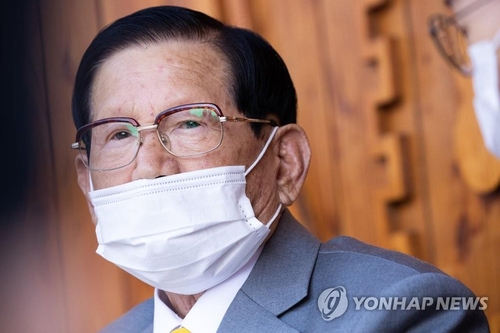