SEOUL, July 31 (Yonhap) -- Samsung Electronics Co. has dropped to the second spot in global smartphone shipments in the second quarter of the year, with China's Huawei Technologies Co. taking the top spot, a report showed Friday.

Samsung shipped 54.2 million smartphones in the April-June period to take a market share of 19.5 percent, according to industry tracker International Data Corp. (IDC). A year ago, Samsung's market share was 23 percent with its shipments reaching 76.2 million units.

"The Korean giant suffered a 28.9 percent year-on-year decline, the most significant among the top 5 vendors," the IDC said. "While the A series continues to perform well contributing to the majority of its volume, premium devices, such as the Galaxy S20 and the Galaxy Z Flip, which unfortunately launched in the peak of the pandemic, are facing sales challenges despite price reductions."

Huawei became the No. 1 vendor for the first time after shipping 55.8 million smartphones in the second quarter for a 20 percent market share. 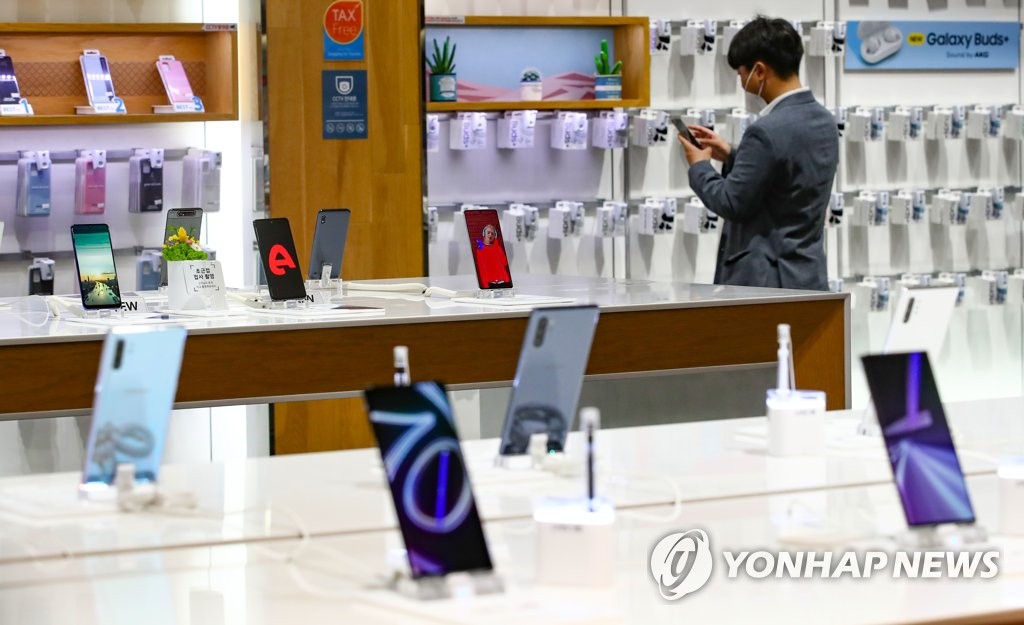 The Chinese tech titan suffered a 5.1 percent on-year decline in its smartphone shipments, but robust sales in its home country, which increased by almost 10 percent on-year, helped the company top the rankings, according to the IDC.

The IDC's latest report is in line with analysis from another market researcher, Canalys, earlier this week.

In a conference call Thursday, Samsung said it sold 57 million units of handsets in the April-June period, with smartphones accounting for around 95 percent of the total.

The company expected its smartphone sales in the third quarter to improve with the launch of new flagship devices, such as the Galaxy Note 20.

Meanwhile, the IDC reported showed that U.S. tech juggernaut Apple Inc. ranked third with a 13.5 percent market share after shipping 37.6 million smartphones in the second quarter, up 11.2 percent from a year ago.

Apple was the only company among the top five vendors to increase its shipment volume thanks to its iPhone 11 series and the second-generation iPhone SE, according to the IDC.

Chinese brands Xiaomi and Oppo took the fourth and fifth spots on the list with market shares of 10.2 percent and 8.6 percent, respectively.

"Smartphone shipments suffered a huge decline in Q2 as they directly correlate to consumer spending, which had a massive reduction due to the global economic crisis and rising unemployment brought on by the widespread lockdowns," it said.