North Korea declared a state of emergency over the weekend and put the border town of Kaesong on lockdown after a "runaway" defector returned home from the South with coronavirus symptoms. State media earlier said the defector has been put under "strict" quarantine after several medical checkups produced an "uncertain result."

"Pyongyang City Emergency Anti-epidemic Headquarters has installed more guard posts at major entry and border points in Pyongyang including subway stations and long-haul bus stops," the Rodong Sinmun, the organ of the North's ruling party, said in an article.

A state radio station also reported around 40 guard posts have been newly installed in Pyongyang, saying that necessary measures are being drawn up to closely monitor buses and passengers moving in and out of the capital city.

The move appears intended to preemptively block any possible flow of the coronavirus into Pyongyang where most of the country's elite people reside amid growing virus fears following the return of the defector.

Seoul has said that a defector is believed to have swum across the border into the North, but it doubted that he had contracted the virus. 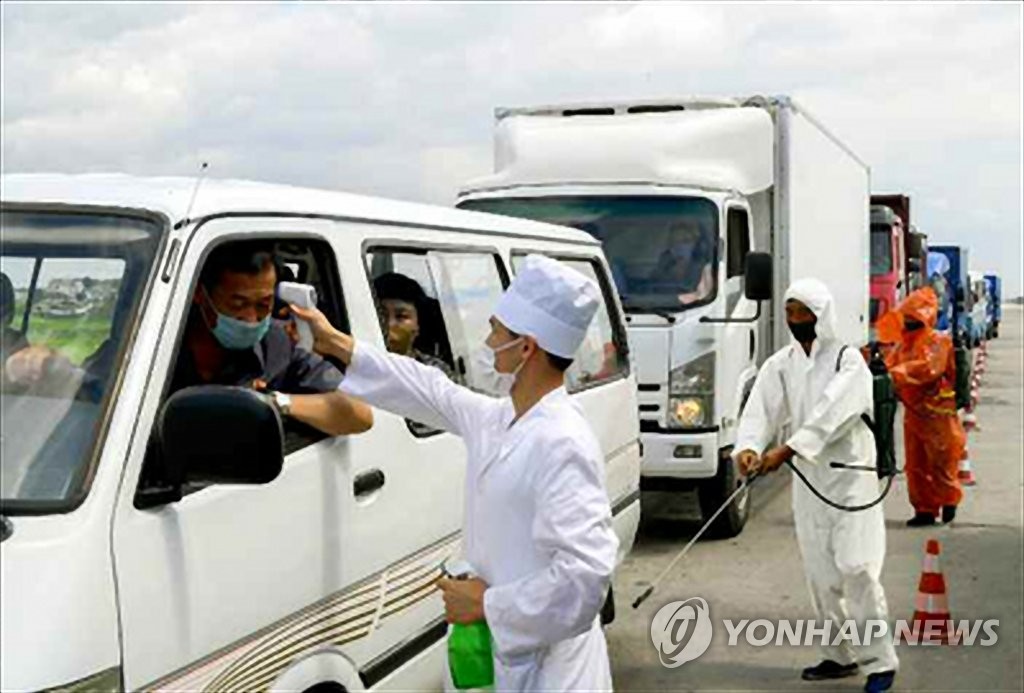