"It does," Pompeo responded. 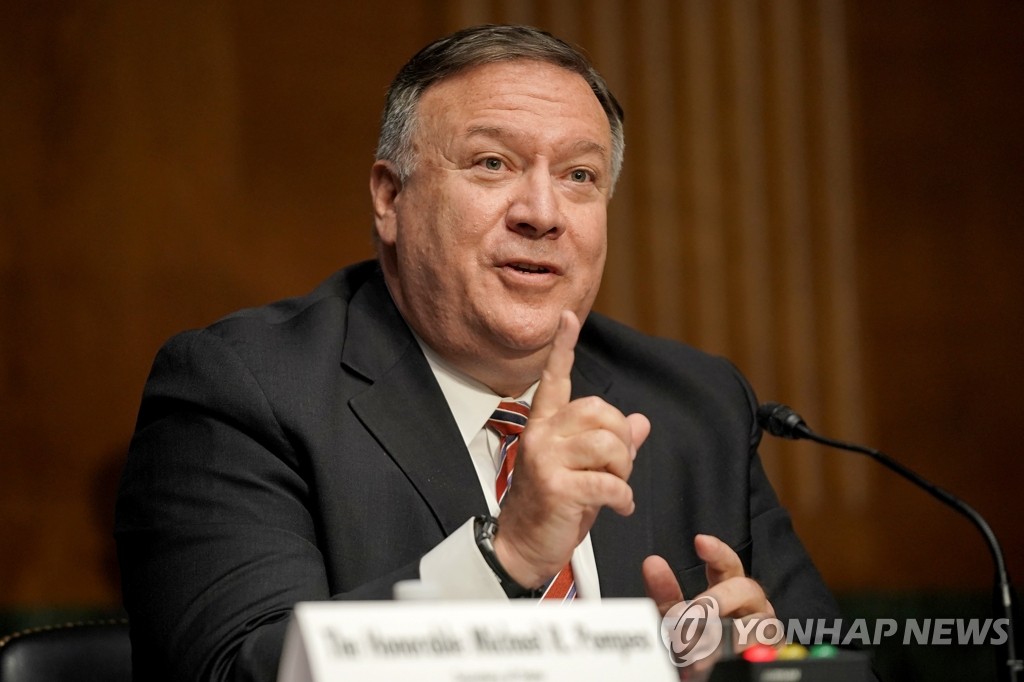 The top U.S. diplomat's answer appears to reiterate Washington's basic stance against Pyongyang's pursuit of nuclear weapons, but it came despite the recalcitrant regime's strong aversion to the CVID concept.

In consideration of Pyongyang's opposition to the term that it views as a unilateral disarmament process, Washington has used the "final, fully verified denuclearization" or "complete denuclearization."

In a statement earlier this month, Kim Yo-jong, the younger sister of North Korean leader Kim Jong-un, took issue with the inclusion of the CVID concept in a statement released after a virtual trilateral meeting among the defense ministers of the United States, Australia and Japan.

The nuclear negotiations between Washington and Pyongyang have not been held since they held the working-level talks in Sweden in October. They remain apart over the scope of the North's denuclearization and Washington's compensation for it.
(END)