SEOUL, July 31 (Yonhap) -- North Korea's economy is estimated to have expanded 0.4 percent from a year earlier in 2019, marking its first positive growth in three years on increased exports that came despite a wide range of international sanctions that limit trade, South Korea's central bank said Friday.

"North Korea's real gross domestic product (GDP) increased by 0.4 percent in 2019. (It) turned narrowly positive for the first time in three years since 2016 when it expanded 3.9 percent," the Bank of Korea (BOK) said in a report. 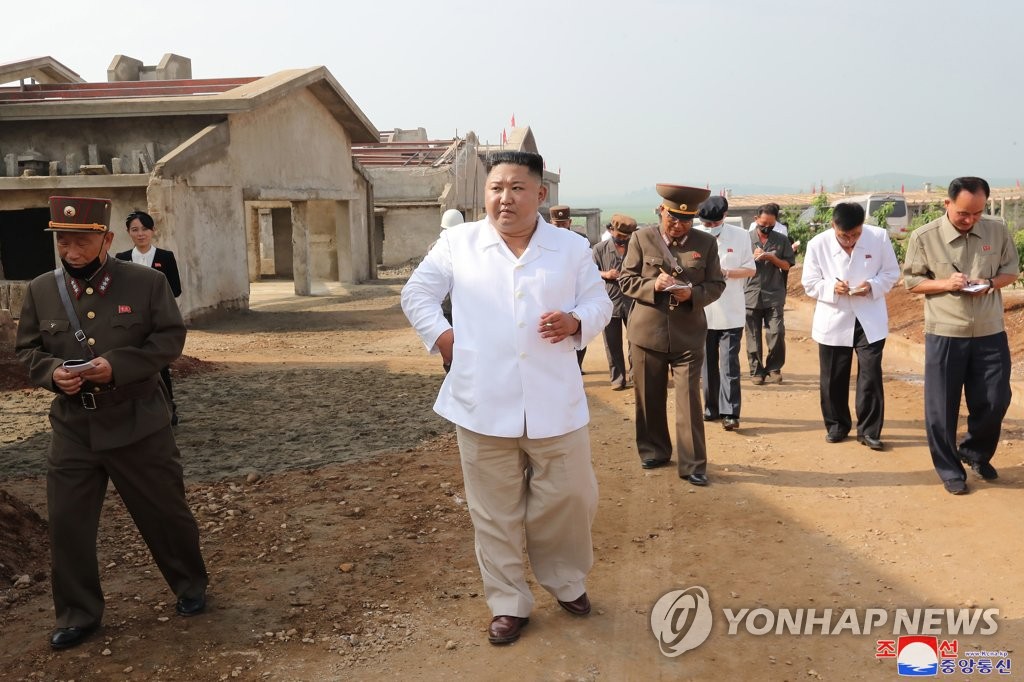 The reclusive state stopped publishing its growth rates in the early 1960s and now rarely provides any economic data to global agencies, including the United Nations.

The BOK said the communist state's exports are estimated to have surged 14.4 percent on-year to some US$280 million last year, with its imports jumping 14.1 percent to $2.97 billion.

Such increases, however, come amid various sanctions imposed by the United Nations Security Council and the United States to punish the North for its nuclear and missile provocations.

The impoverished North conducted its sixth and latest nuclear test in September 2017.

The sanctions prohibit any shipments to and from North Korea of equipment and materials that can be used to build weapons, while they also prohibit North Korean exports of coal, a key source of hard currency for the communist state.

In 2019, North Korea's exports of watches and parts soared 57.9 percent, while its outbound shipments of shoes, hats and wigs are estimated to have jumped 43.0 percent on-year, according to the BOK.

Its imports of textile products climbed 23.6 percent on-year, with its plastic and rubber products surging 21.3 percent.

North Korea's slight but positive economic growth in 2019 is also attributed to the increased output of its agriculture, fishing and forestry sector.

Production in the agriculture, forestry and fishing sector expanded by 1.4 percent in 2019, the BOK said.

Its production in the mining sector dropped 0.7 percent on-year, with that of the manufacturing industry contracting 1.1 percent, it added.

Its per capita income is estimated at about 1.4 million won, about 3.8 percent of that of South Korea, the BOK said.