SEOUL, July 31 (Yonhap) -- The Joint Chiefs of Staff (JCS) decided to relieve a two-star Marine Corps general of his command over a border security failure in connection with a North Korean defector's recent return to his communist homeland, officials said Friday.

The border crossing near the western island of Ganghwa by the 24-year-old man, surnamed Kim, became known after North Korea reported Sunday that a "runaway" returned home in the border city of Kaesong with coronavirus symptoms and that the entire city was blocked off to prevent the spread of the virus.

South Korean officials said Kim had been under investigation over allegations he raped a female defector.

According to the JCS' probe results, Kim was caught on the military's surveillance equipment seven times -- five on its monitoring cameras, twice on thermal observation devices (TODs) -- including his arrival in the North, but troops failed to identify him as a person trying to cross the border.

The defector passed through a drainage tunnel running underneath barbed wire fences to evade South Korean border guards before reaching the shore and swimming a few kilometers to North Korea.

The fences set up inside the drainage tunnel were in poor condition, allowing the defector to pass through them easily, they said. It took just around 10 minutes for Kim to pass through the channel and reach the river separating the two Koreas.

The JCS will seek disciplinary measures against those accountable, including the dismissal of Maj. Gen. Baek Gyeong-sun as commander of the Marine Corps' 2nd Division in charge of border security at the area, officials said.

Kim entered the water at 2:46 a.m. on July 18 and reached the North's territory in about 75 minutes using the tide.

A guard on duty some 200 meters away saw a taxi carrying Kim arrive near the border at 2:18 a.m. but did not take any action as he thought of the passenger as a nearby resident, officials said.

Near the water tunnel, police later found a backpack with Kim's bankbook, a Bible and first aid supplies.

South Korean authorities were not aware of the incident until North Korea's report on it.

Defense Minister Jeong Kyeong-doo earlier said he learned of the case after receiving a phone call from Suh Hoon, director of national security at the presidential office Cheong Wa Dae, about an hour after the North's report. Jeong apologized for the security failure.

Amid growing criticism over the military's security breaches indicating lax discipline, the officials said they will inspect all such tunnels near the border and set up additional structures to prevent similar cases from recurring.

They also vowed to strengthen cooperation with the police, such as by sharing more information, to improve their readiness posture.

"The military takes this situation very gravely," a JCS official said. "We will intensively carry out follow-up measures as soon as possible and make sure we can handle any unexpected situations down the road." 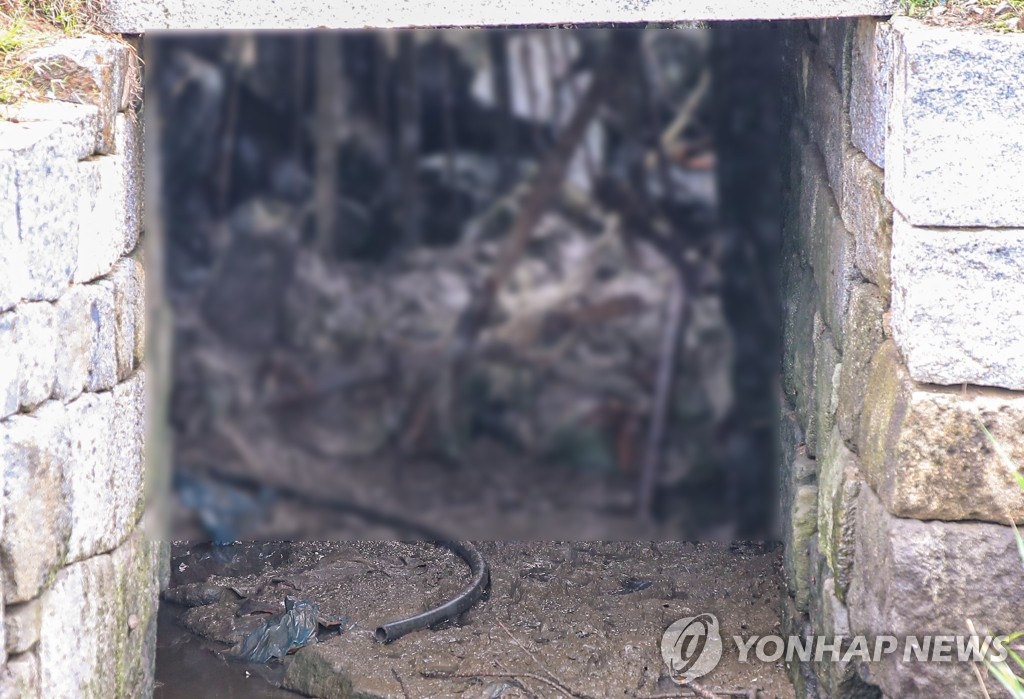