SEOUL, July 31 (Yonhap) -- Rates charged on fresh bank loans in South Korea dropped sharply from a month earlier in June, shortly after the Bank of Korea (BOK) sent its policy rate to a fresh low in an attempt to insulate the local economy against the new coronavirus pandemic, central bank data showed Friday.

The average interest rate on new bank loans here came to 2.72 percent in June, down 10 basis points from 2.82 percent the month before, according to preliminary data from the BOK. 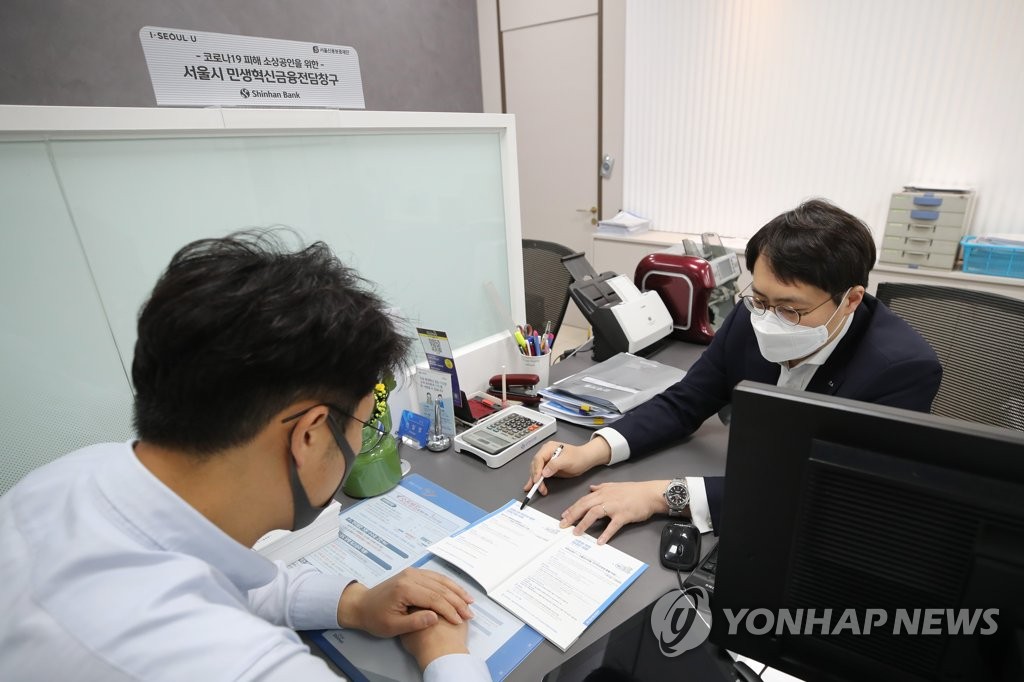 Such a decrease came after the South Korean central bank delivered its second policy rate cut in less than three months, sending the key interest rate to a record low 0.5 percent.

The BOK had delivered an emergency rate cut in March to bring the policy rate to the then record low 0.75 percent from 1.25 percent.

The sharp drop in lending rates also follows an injection of massive funds by the BOK and the local government to boost market liquidity.

The government has so far implemented three extra budgets, worth over 55 trillion won (US$46.2 billion) in total, to support local companies and households.

In June, the average lending rate on fresh corporate loans came to 2.75 percent, down 8 basis points from 2.83 percent in May, while the average rate of new household loans moved to 2.67 percent from 2.81 percent over the cited period.

Interest rates paid by banks, on the other hand, dropped at a faster rate than those they charged.

The average rate on all fresh deposits came to 0.89 percent, down 18 basis points from 1.07 percent tallied in May, according to the BOK.

The gap between the rates charged and paid by banks widened to 1.83 percent from 1.75 percent over the cited period.