SEOUL, July 31 (Yonhap) -- Unification Minister Lee In-young said on Friday that he will provide necessary support for aid organizations in their efforts to expand cross-border exchanges and cooperation with North Korea.

Lee made the remark at a meeting with the leaders of Korea NGO Council for Cooperation with North Korea (KNCCK), an umbrella group of 55 nongovernmental organizations established to facilitate cooperation among NGOs assisting the North.

"The unification ministry will respect the autonomy of civic groups like the KNCCK as much as possible if they seek to take the road toward exchanges and cooperation," Lee said.

"In that sense, I would like to say that the ministry will go in tandem with the activity of civic groups, including the KNCCK by providing support in terms of policy and finance," he added.

Lee also reiterated that he is ready to resume humanitarian assistance to North Korea, saying that such exchanges will contribute to building mutual trust, which he said would serve as a foundation to move stalled inter-Korean relations forward.

His meeting with the civic group leaders drew attention as it came a day after he expressed a willingness to work with North Korea to prevent a coronavirus outbreak in the border city of Kaesong or anywhere in the communist nation.

North Korea said over the weekend that it has declared a state of emergency and sealed off Kaesong after a defector returned home from South Korea with coronavirus symptoms.

On Thursday, the ministry said it approved an aid organization's plan to send about 800 million won (US$668,900) worth of disinfectants, protective suits and virus test kits to North Korea. This marked the first approval of an aid project in the North since Lee took office earlier this week. 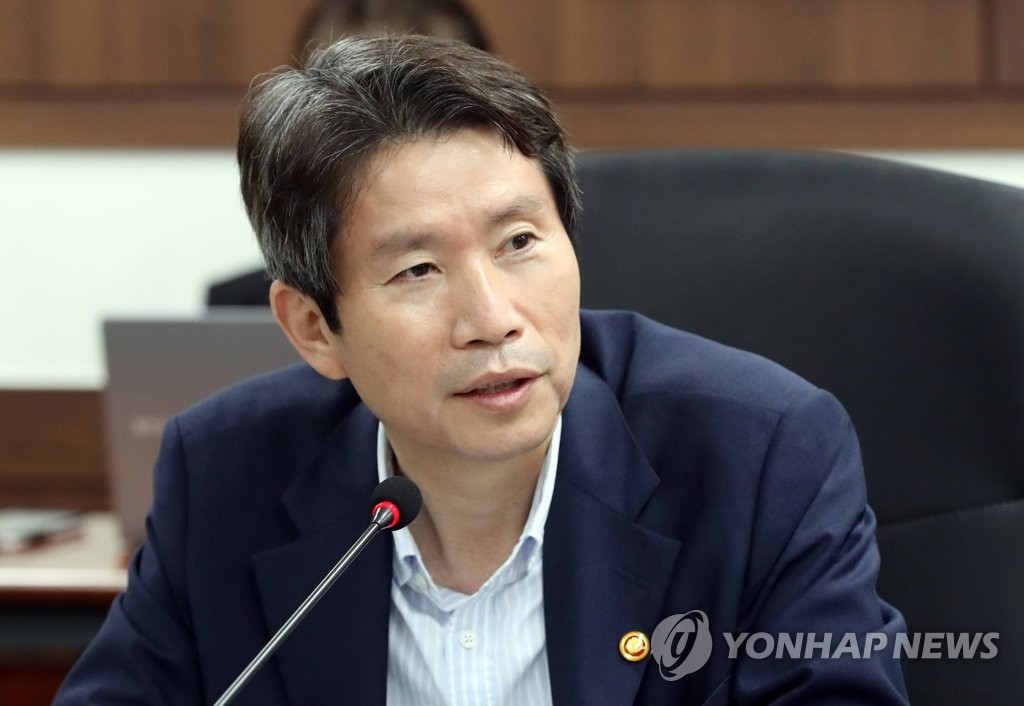