SEJONG, July 31 (Yonhap) -- Sales of cigarettes in South Korea rose 3.8 percent on-year in the first half of this year, data showed Friday, thanks to robust sales of traditional cigarettes.

South Korean smokers purchased 1.74 billion 20-cigarette packs in the January-June period, compared with 1.67 billion packs in the same period last year, according to the data compiled by the Ministry of Economy and Finance.

Still, the first-half reading represented a 14.7 percent drop from the same period in 2014.

The Korean government mandated that tobacco companies place graphic images depicting the harmful effects of smoking on the upper part of cigarette packs in 2016.

Sales of traditional cigarettes gained 5.4 percent on-year to 1.47 billion packs for the first half.

Meanwhile, sales of heat-not-burn tobacco products fell 6.6 percent to 180 million in the first half.

Sales of vaporizer-based liquid electronic cigarettes also plunged 80.3 percent to 1.2 million pods in the first half, as the government strongly advised people not to use liquid e-cigarettes, warning that such vaping products could cause serious lung illness or death. 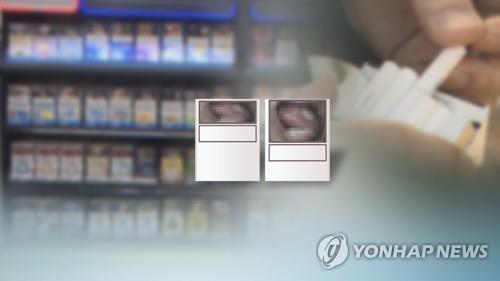