The National Pension Service's (NPS) assets under management are expected to surpass 1,000 trillion won (US$841 billion) in 2024, with more than half invested in overseas assets, according to Health Minister Park Neung-hoo.

The NPS is one of the world's largest pension funds, with assets under its management reaching around 750 trillion won.

Currently, foreign assets account for slightly more than a third of the portfolio. 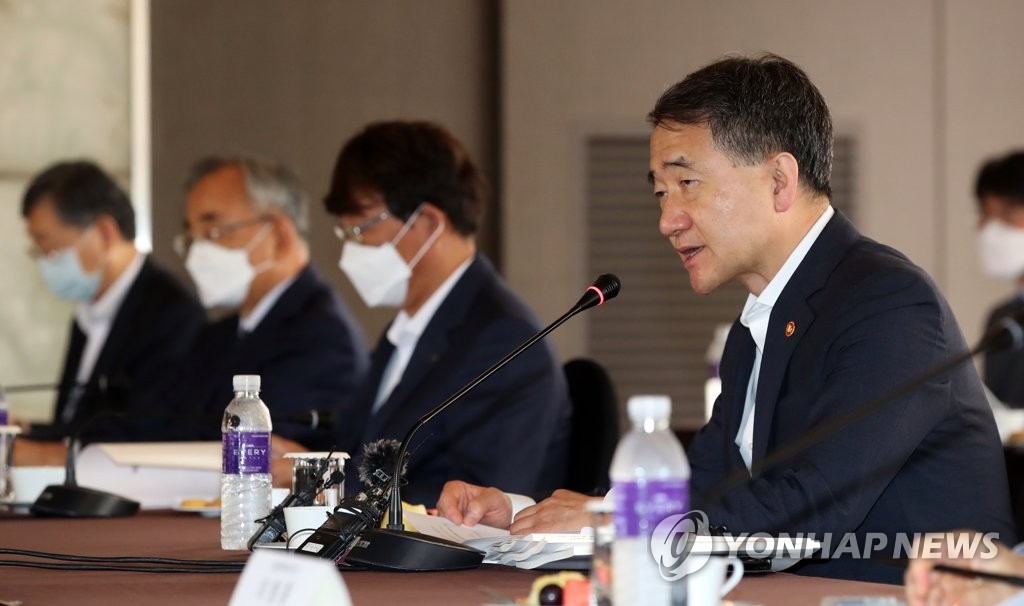 "It is inevitable for the NPS to expand its overseas investment to disperse risks and overcome limits of the domestic market," he said in a meeting to review the NPS' investment plan.

Over the next 10 years, the NPS is expected to enjoy rich liquidity as its premium gains will surpass pension payments, Park said. "Thus, the NPS should make aggressive investments and maximize its profits," he said.

Park added that such diversification will also help in reducing potential impacts on the local market when the NPS chooses to offload domestic assets in the future.

The fund recorded the highest return rate in 10 years in 2019 amid bullish global stock markets by chalking up a return rate of 11.34 percent, earning 73.4 trillion won. The return rate was the highest since the 10.37 percent in 2010.