SEOUL, July 31 (Yonhap) -- Victims of a deadly humidifier sanitizer scandal that has led to at least 1,553 officially registered deaths called on Friday for a special counsel to investigate relevant government ministries as well as manufacturers who made the products.

"It has been 19 months since the Special Commission on Social Disaster Investigation launched an investigation, and their activity ends in less than five months," members of an organization representing the victims said in a press conference held in front of the commission's office in central Seoul, referring to the panel that was formed under a special act on dealing with social disasters.

The commission, which kicked off its probe into the humidifier sanitizer scandal in December 2018, is set to wrap up its activities in December this year.

Voicing frustration over the commission's fact-finding process, the victims asked the commission to request the parliament to approve a special counsel to probe the environment ministry and the fair trade watchdog as well as companies mired in the scandal.

They also asked that a report that the commission submits to the parliament and the president be shared with the victims.

Under the special act, the commission can request the parliament to begin the process to appoint a special counsel.

The health disaster came to light after four pregnant women died of unknown lung problems in 2011. Local authorities then launched a probe into the case, concluding that polyhexamethylene guanidine, an antibacterial agent used in the humidifier cleanser that can be fatal when inhaled in the form of droplets, had caused the deaths.

A recent report by the commission showed that some 14,000 people are estimated to have died in the fatal case. It also showed that an estimated 670,000 suffered health problems due to the sanitizers, including 520,000 who had not reported relevant symptoms prior to using the sanitizers.

The estimate is much larger than the 1,553 deaths that have been officially registered with the government as of Aug. 17. 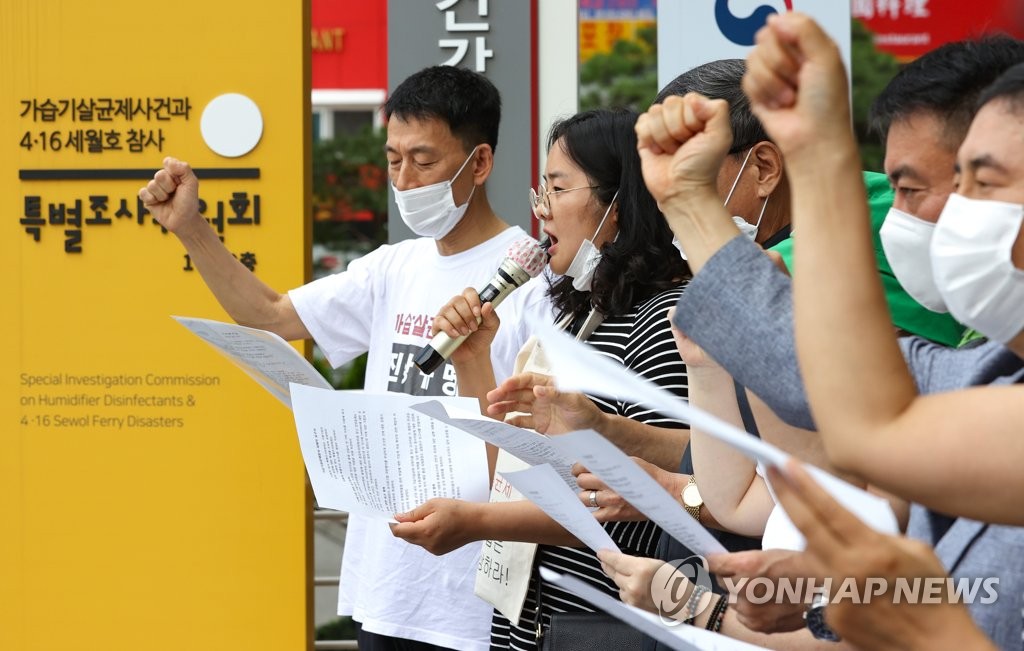 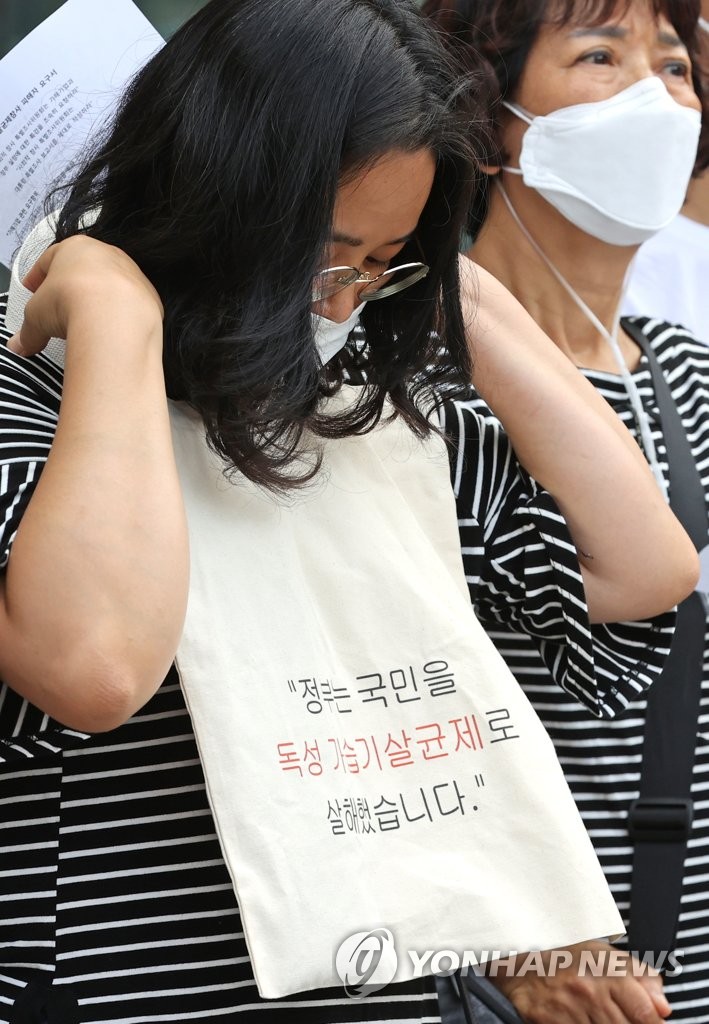