SEOUL, July 31 (Yonhap) -- Global streaming giant Netflix Inc. may further boost its presence in South Korea as its subscribers will have more access to the service through its partnership with local telecom operator KT Corp.

KT said Friday it will start offering Netflix's service on its pay TV platform, with KT's Olleh TV subscribers having access to Netflix from August 3.

So far, Netflix has been available on local rival LG Uplus Corp.'s pay TV service after the two companies reached a similar deal in 2018. An LG Uplus spokesperson said Netflix will continue to be offered on its platform regardless of the latest deal. 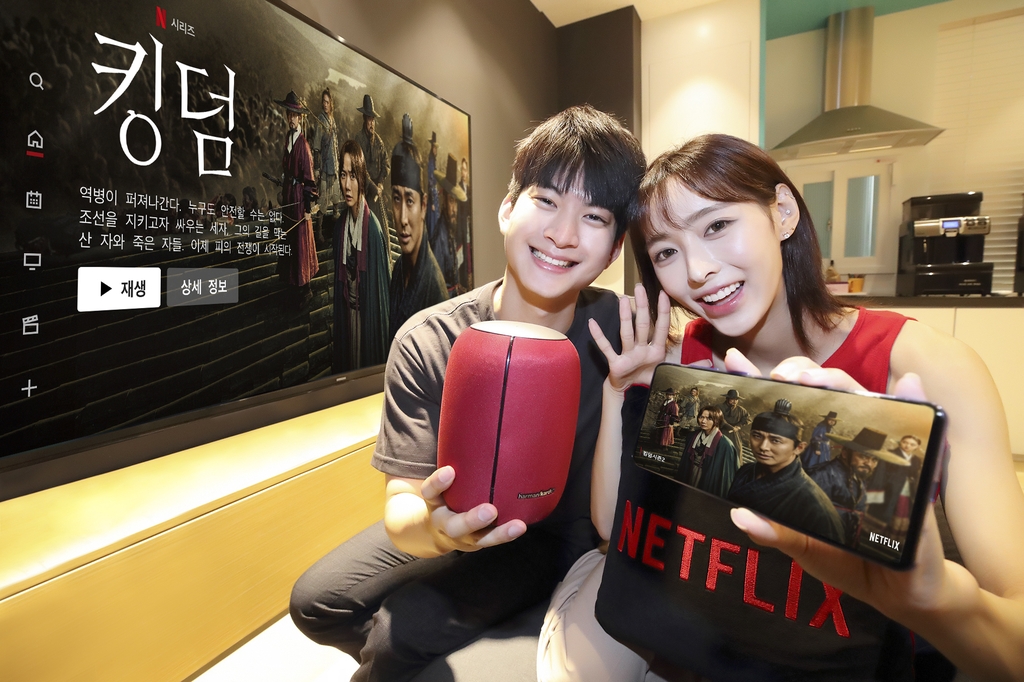 The partnership with KT may allow Netflix to expand its customer base here.

Netflix held the most active mobile application users among local over-the-top (OTT) services in May at an estimated 6.37 million, according to market researcher Nielsen KoreanClick, which is far higher than local player Wavve at 3.47 million and Tving at 2.54 million.

The announcement comes as local OTT platforms are considering consolidating their services to better compete with market leader Netflix.

Tving is already under plans to be spun off as a joint venture with broadcaster JTBC later this year to strengthen content production.

Netflix set to further boost presence in S. Korea via partnership with KT

Netflix set to further boost presence in S. Korea via partnership with KT