SEOUL, July 31 (Yonhap) -- Lotte Group Chairman Shin Dong-bin and his siblings may have to pay at least 450 billion won (US$378 million) in tax in South Korea for their late father's inherited assets, but their tax payment may swell when assets in Japan are counted.

Lotte Group founder Shin Kyuk-ho died of a chronic illness at age 99 in January, survived by Dong-bin and three other adult children.

Details about changes in their stakeholdings inherited from the late chairman were revealed Friday, the deadline for them to report inheritance taxes.

The Lotte kin's inheritance taxes are calculated based on the estimated values of listed affiliates of retail giant Lotte Group and its unlisted sister companies, as well as real estate in South Korea.

The late chairman's assets in South Korea and Japan are estimated at some 1 trillion won.

Lotte, which started as a small chewing gum manufacturer in Japan in the late 1940s, is South Korea's fifth-largest conglomerate, with its business portfolio ranging from retail and hotels to entertainment and chemicals across South Korea and Japan.

The conglomerate has dozens of affiliates, such as Lotte Holdings, Lotte Chilsung Beverage, Lotte Shopping and Lotte Confectionary.

Dong-bin and his elder brother Dong-joo have been at the center of a high-profile family feud over succession at the group, as the two had controlled the company's operations in Japan and South Korea, respectively.

Dong-bin officially became the successor to his father after defending a series of attempts by his elder brother to take the helm.

Dong-bin has been cementing his grip on the group's subsidiaries in South Korea and Japan. He was appointed president and CEO of Lotte Holdings in late June. 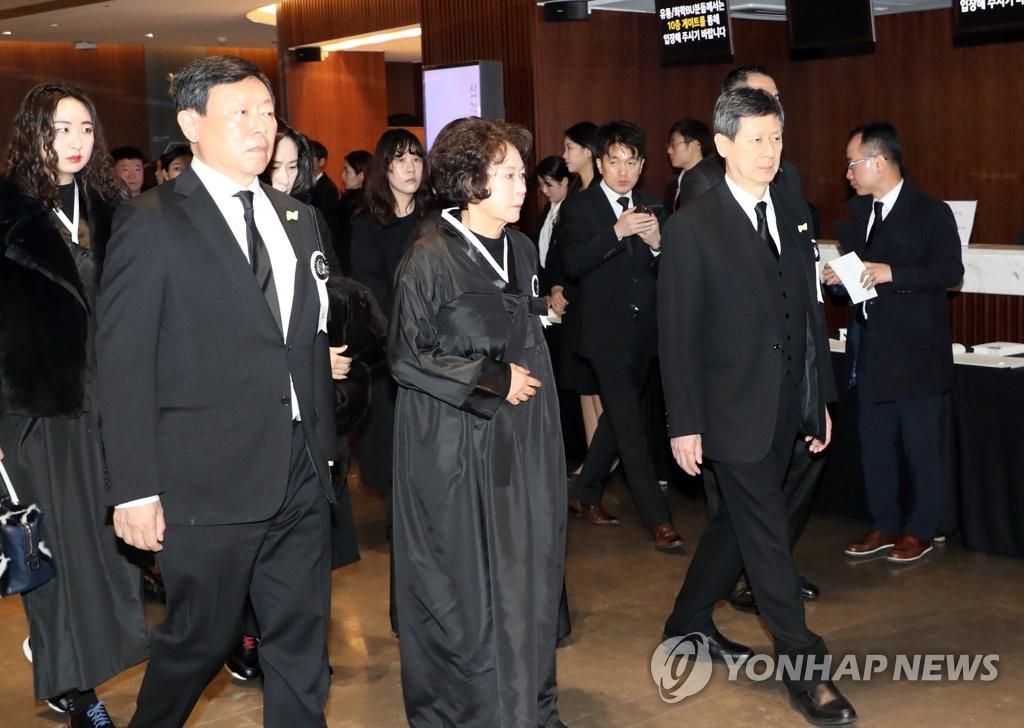