The Korea Meteorological Administration (KMA) said that rains of 30 millimeters to 50 millimeters per hour have hit some affected regions with strong gusts, thunder and lightning.

The heavy rain warnings were applied to Seoul, and Yeoncheon and Paju in Gyeonggi Province. The KMA also issued downpour advisories for other parts of Gyeonggi Province and Incheon, as well as swaths of Gangwon, Chungcheong and Jeolla provinces.

Some parts of the areas under the alerts could see precipitation ranging from 50 mm to 80 mm between Saturday and noon on Sunday, the KMA said.

In Seoul's southwestern ward of Gwanak, a man in his 80s was swept away in a rapid at around noon. He was rescued but died despite emergency care, police said.

About 25 people in Gwanak were briefly isolated as heavy rains lashed the area, but they were rescued.

Some streets in the Gangnam ward were flooded on Saturday afternoon, according to social media posts. 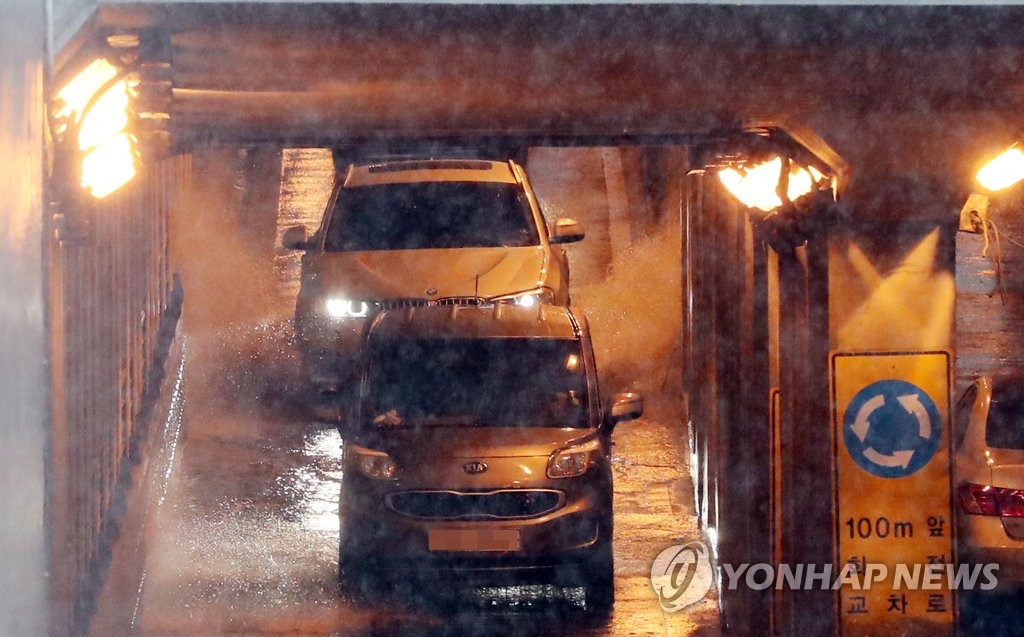