SEOUL, Aug. 2 (Yonhap) -- Heavy rains triggered a string of mudslides and flooding in central South Korea on Sunday, leaving at least five people dead and five others missing, and forcing the suspension of train services and road closures. 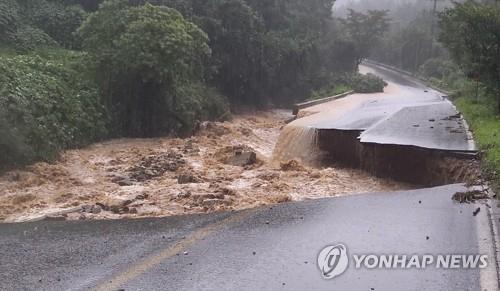 In nearby Danyang, three people -- a woman, her daughter and son-in-law -- went missing after being englufed by torrents. Officials said the couple were trying to save their mother being swept away by a flash flood while working in a farming field. 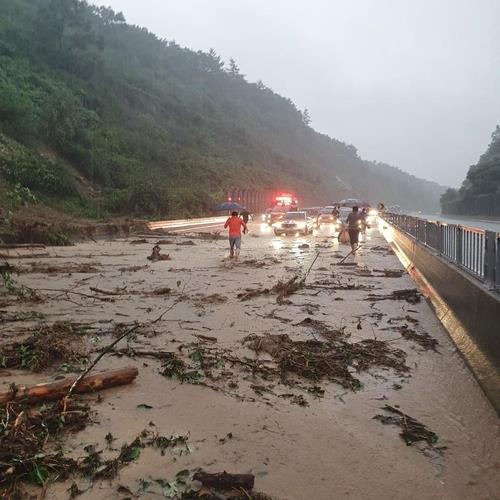 The weather agency retained its heavy rain warnings on many parts of North Chungcheong, including Cheongju, Chungju and Jecheon, as well as other central regions.

According to the agency, North Chungcheong may continue to receive heavy rain throughout the day till Monday, with precipitation expected to rise up to 80 mm per hour at some points.

Gyeonggi and Gangwon Province were also under heavy rain alerts as of Sunday morning where the amount of rainfall is forecast to go up to 50 mm per hour with possible thunder and lightning between Sunday and Monday. 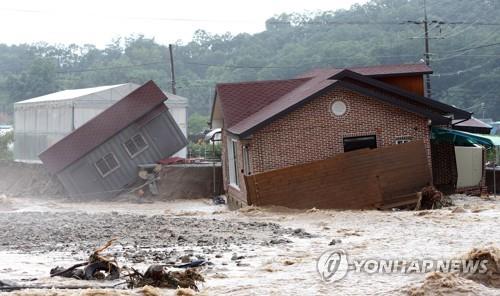 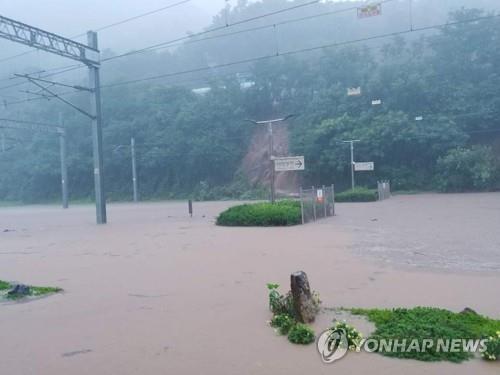