SEOUL, Aug. 2 (Yonhap) -- Doosan Heavy Industries & Construction Co. said Sunday it has paid back about 120 billion won (US$100.5 million) to its creditors in the first repayment of part of its fresh debts of 3 trillion won.

The move came after the cash-strapped company sold a 27-hole golf course Club Mow to a consortium led by Hana Financial Investment Co. for 185 billion won.

It is the first time that Doosan Heavy Industries & Construction has paid back part of its debts to its creditors after receiving 3 trillion won from two state-run banks -- the Korea Development Bank and the Export-Import Bank of Korea -- earlier this year. 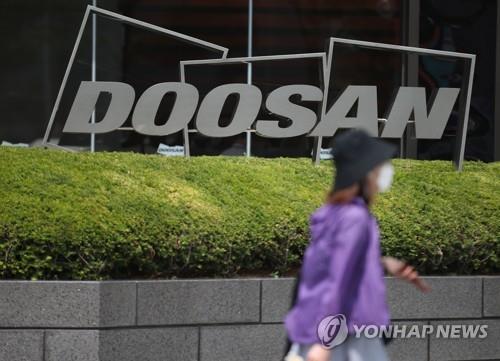 Separately, the Export-Import Bank of Korea has rolled over the power plant builder's 600 billion won of debt.

Doosan Heavy Industries & Construction has said it plans to repay about 1 trillion won of its debts within this year by selling assets, including its 36 percent stake in construction equipment maker Doosan Infracore Co.

Doosan Heavy pays back 120 bln won to its creditors

Doosan Heavy pays back 120 bln won to its creditors