SEOUL, Aug. 3 (Yonhap) -- All crewmen of ships departing from Russia are required to submit a certificate showing they tested negative for the new coronavirus upon arriving in South Korea starting Monday, health authorities here said.

The certificates must be issued within 48 hours prior to the departure.

South Korea has been making it mandatory for all foreign arrivals from six countries --Bangladesh, Pakistan, Kazakhstan, Kyrgyzstan, the Philippines and Uzbekistan -- to hand in the health certificates. 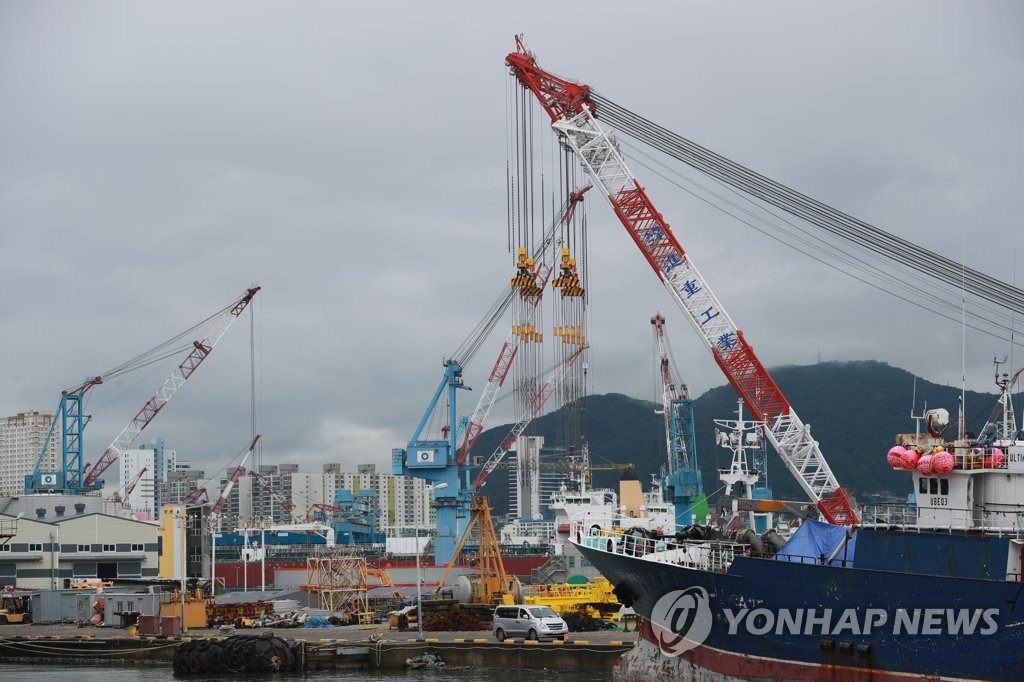 The country has been considering adding Russia to the list but decided to apply the tough quarantine measure on only seafarers for the time being.

"The decision came as there were only few Russians infected with COVID-19 who arrived here through airports," said Son Young-rae, a senior health official. "Most of the infected Russians were from ships."

Infections traced to Russian ships docked in South Korean ports have increased recently, with the number of related cases hitting 92 from eight ships since June 22.

The country's imported cases have recently risen due to infections among South Korean workers returning home from Iraq and Russian sailors, although locally transmitted cases have been showing clear signs of a slowdown.

Imported cases, which hit a daily record high of 86 on July 25, have increased by double-digit numbers per day for more than a month.