The number of apartment lease contracts, called "jeonse" here, stood at 6,304 in July, the lowest monthly level since data tracking began in 2011, according to the data from the Seoul city government.

The July reading amounted to 46 percent of this year's monthly high of 13,661 recorded in February. 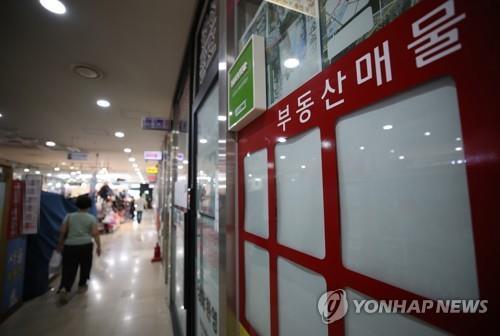 The number of apartment jeonse and monthly lease contrasts in Seoul also sank to 8,344 last month from 19,232 in February.

Gyeonggi Province surrounding the capital also saw the number of apartment jeonse and monthly lease deals more than halve from February to 12,325 in July.

Soaring property prices have fanned public discontent with the Moon Jae-in government despite its desperate efforts to make homes more affordable, especially in the capital Seoul.

In its latest action to cool the white-hot property market, the government also announced a set of measures to restrict jeonse contracts for certain types of apartments on July 10.

In contrast to the sagging leasing market, apartment transactions in Seoul soared to 15,589 cases in June, the third-largest monthly tally, according to the data.
(END)