SEOUL, Aug. 3 (Yonhap) -- The new coronavirus outbreak has given a big boost to domestic travel here amid disrupted air travel. But for some vacationers, visiting tourist attractions or using lodging facilities could still be the last thing they want to do.

Against this backdrop, a new non-contact travel trend has gained traction in South Korea as more people are turning their eyes to outdoor camping and "chabak," a newly coined word that means sleeping and staying in a car during travel.

A 31-year-old office worker, surnamed Kang, said he visited Gapyeong, northeast of Seoul, in July to enjoy camping with his friend as the COVID-19 pandemic thwarted his plan for overseas travel.

"With a borrowed camping car, I had fun when I grilled barbecue on a fire. For city dwellers, making a camping trip could be a refreshing experience," he said.

Local retailers and foodmakers have been quick to meet high demand for such camping goods and are witnessing a sharp rise in sales. 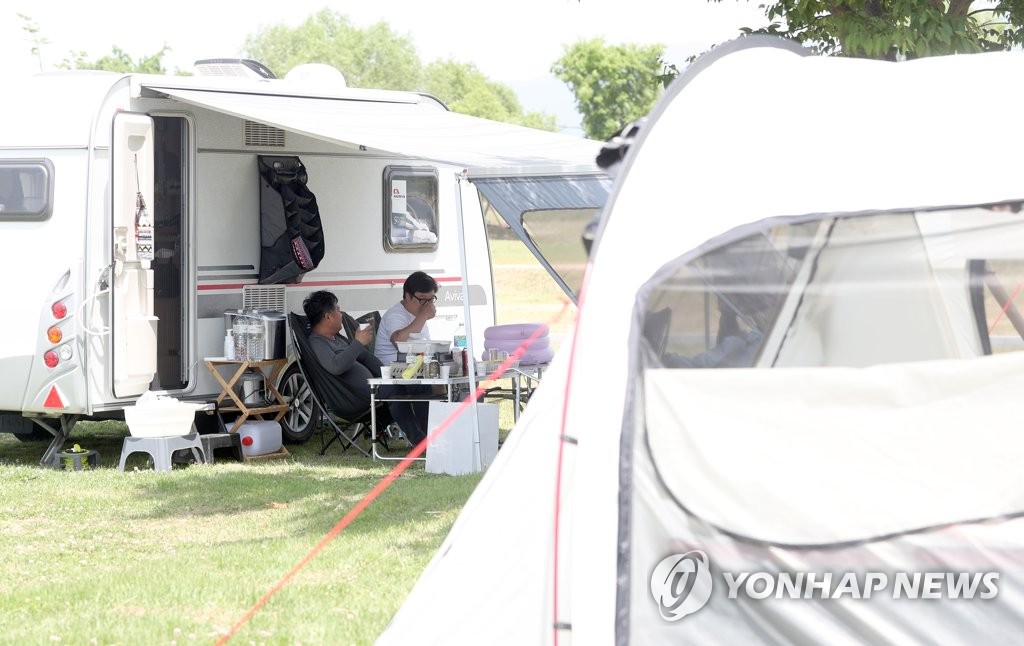 "Camping and chabak have emerged as a new trend (for travel) during summer vacations as people can set up a private space and reduce contacts," an official at Lotte Mart said.

Chabak, in particular, has gained momentum as it involves easy mobility and does not require many camping goods.

Reflecting the popularity of the new travel trend, sales of camping equipment, including chairs and tables, jumped 103.7 percent in the June 1-July 25 period compared with the same period of last year, according to Lotte Mart.

Sales of camping bedding gained 37.6 percent and tents shot up 55.4 percent on-year in the cited period, it added.

Sales of SUV tents and inflatable mattresses jumped 664 percent and 90 percent respectively in the June 1-July 27 period, compared with the same period of last year.

"The products appeared to be popular as chabak travel can allow people to choose vacation spots freely and minimize the risk of having contact with others," an SSG.COM official said. 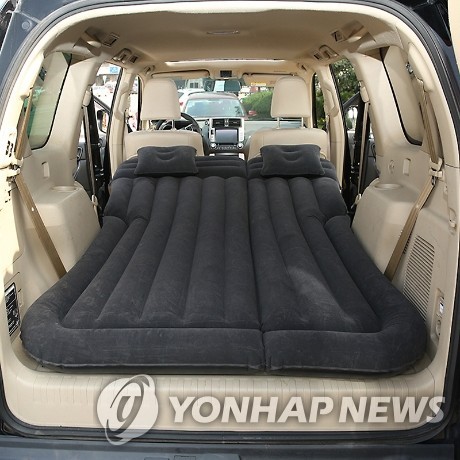 Demand for small-sized suitcases also rose among people in their 20s and 30s after the country was swept by the craze for Starbucks Korea's seasonal promotional suitcase, called the summer ready bag, this summer.

The hype to secure pink or green summer ready bags and one of three camping chairs offered under Starbucks' "e-frequency" rewards program recently ran high enough to see the formation of long queues in front of Starbucks outlets nationwide at dawn.

Reflecting the popularity of camping, the number of vehicles revamped to be used as camping cars nearly tripled in the first half of the year from the previous year on high demand for camping and eased regulations, according to the transportation ministry.

The number of such revamped camping cars reached 3,214 in the January-June period, up from 1,119 units.

Korean foodmakers are also in a rush to roll out easy-to-eat meals targeting camping clans.

With half-cooked meal products involving beef and pork, people can easily eat them by boiling or grilling them. 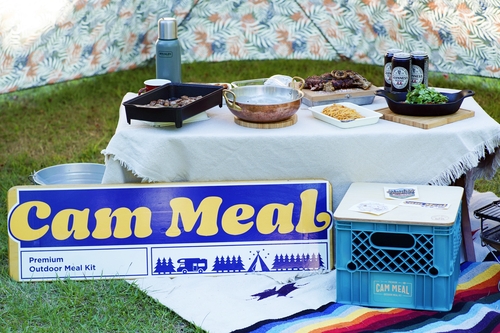