Released Wednesday, the film attracted 662,000 viewers from Friday to Sunday, raising the total admissions to 1.01 million, according to data by the Korean Film Council.

It is the third South Korean movie to surpass the 1 million admission line since the COVID-19 pandemic, following the zombie thrillers "#Alive" and "Peninsula."

Directed by Yang Woo-suk and starring Jung Woo-sung, the movie is about a fictional tripartite summit of the two Koreas and the United States. The leaders of the three countries are confined in a nuclear-powered submarine after a military coup in the North.

The former No. 1 "Peninsula" fell to second over the weekend with 303,000 moviegoers. Its total admissions reached 3.44 million. 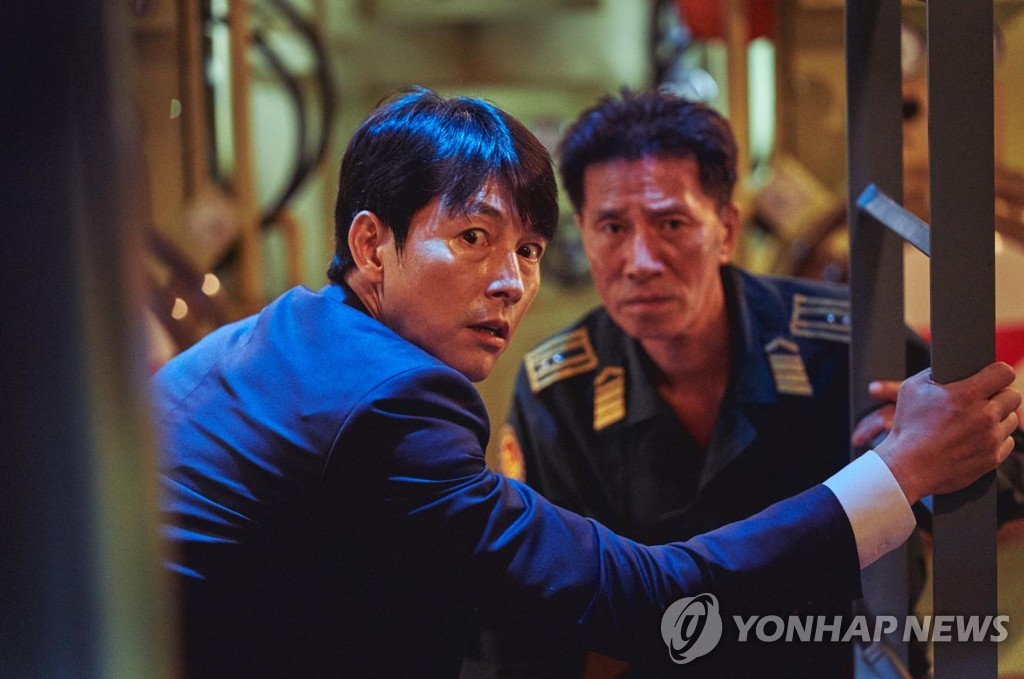