SEOUL, Aug. 3 (Yonhap) -- A local court's decision to pave the way for liquidating seized assets of a Japanese firm that has ignored a ruling to compensate wartime forced laborers is set to take effect at midnight, as the legal document instituting proceedings will be considered as having been delivered.

The Pohang branch of Daegu District Court in southeastern Korea decided in June to begin the procedure of "Service by Public Notice," as the Japanese foreign ministry has failed to pass the document containing the Korean court's asset seizure ruling to Japan's Nippon Steel & Sumitomo Metal Corp.

Since the June decision, there has been no response from the Japanese side as of Aug. 3, a day ahead of the deadline. If the Japanese firm does not take any action for a 7-day grace period until next Tuesday, the decision for the asset seizure will be fixed. 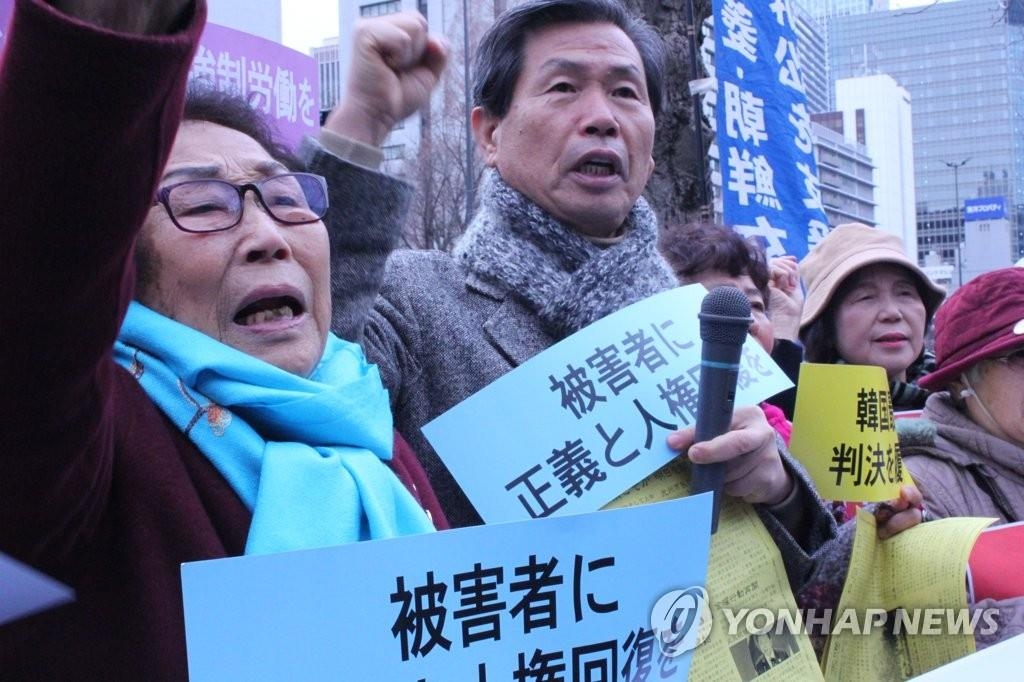 In October 2018, South Korea's Supreme Court ordered Nippon Steel to pay compensation to four South Koreans for their forced labor and unpaid work during World War II. Korea was under Japan's colonization at that time.

Last year, the Japanese foreign ministry received the court decision but returned it to Korea. The court sent it again and has received no response since.

The plaintiffs claimed that Japan violated the Hague Conventions that say a nation can refuse to accept "the document instituting proceedings" only when it is deemed to violate its "sovereignty or security" and that it asked the court to use the method of "Service by Public Notice" to continue the legal battle.

Liquidating the seized assets, however, will take time, as a court's separate approval is needed.

In June last year, the court sent a letter seeking a response from the Japanese firm about a potential sell-off, but to no avail. Under Korean law, a court, in principle, can order a sell-off in case a defendant is overseas. But the court took a prudent position in this case to hear an opinion from the Japanese firm. If there is still no response, the court is likely to use the lengthy procedure of "Service by Public Notice" again.