He went down to his private home in Yangsan, South Gyeongsang Province, over the weekend, with a plan to stay there for a week for a summer holiday, but he cut short his time off and has since come back to Seoul, the office said in a statement.

His decision came as torrential rain hammered the central part of the country, causing landslides and flooding that have destroyed buildings, killed and injured nearly 20 people and required some 1,500 to evacuate. 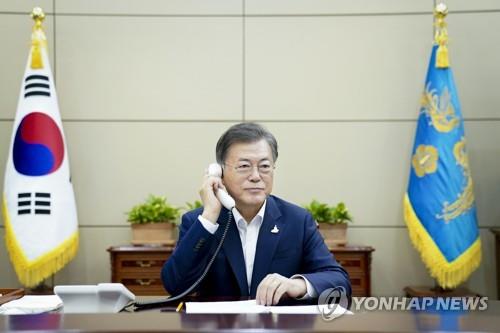