SEOUL, Aug. 3 (Yonhap) -- South Korean President Moon Jae-in on Monday called for the central and provincial governments to move fast to take necessary steps to ensure no more life is lost as the country has been pummeled by torrential rain for days.

He was briefed on the extent of damage incurred by heavy rain nationwide and expressed concerns particularly over people's safety, presidential deputy spokesperson Yoon Jae-kwan said in a briefing.

The president asked the central and provincial governments to "do their best to prevent any tragic loss" to the disasters by evacuating early people who live in "areas prone to floods and landslides," according to his office.

He also implored the public to take precautionary measures to avoid visiting flooded areas and to listen to weather broadcasts before heading out. 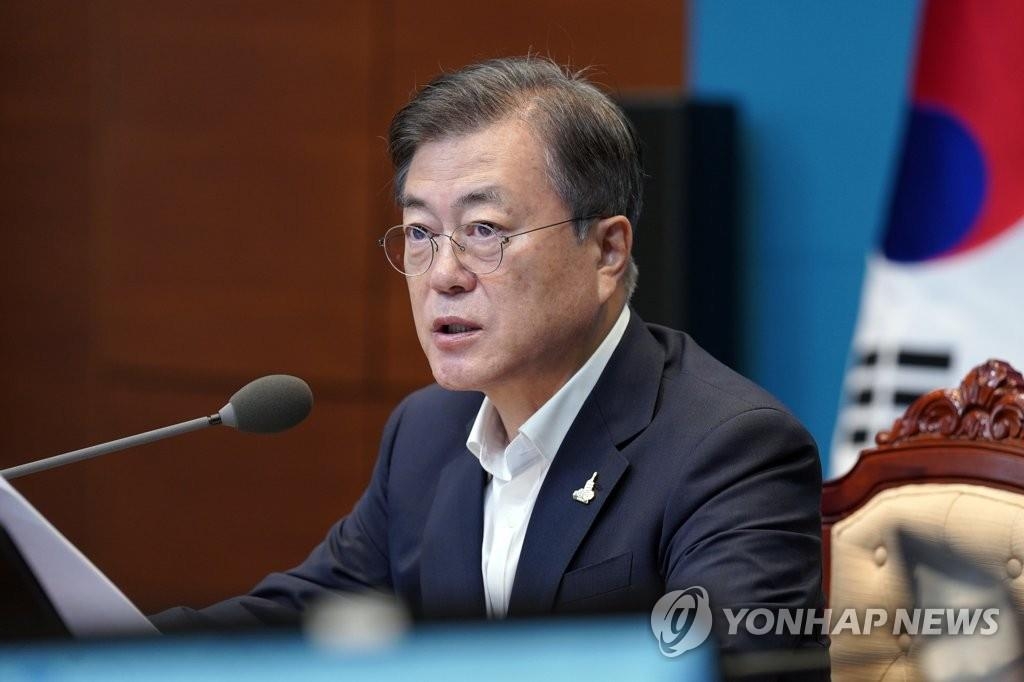 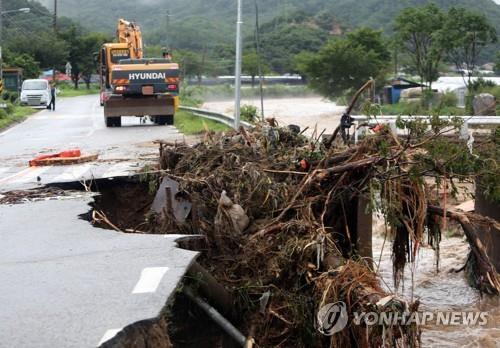 Earlier in the day, the presidential office said the president cut short his time off and has since come back to Seoul. Over the weekend, he went down to his private home in Yangsan, South Gyeongsang Province, with a plan to stay there for a week for a summer holiday.

His decision to come back early came as torrential rain hammered the central part of the country, causing landslides and flooding that have destroyed buildings, killed and injured nearly 20 people and required some 1,500 to evacuate.

The president also urged firefighters and public servants to take special care of themselves during search and rescue operations.

It marked the second consecutive year that Moon has canceled his summer vacation. 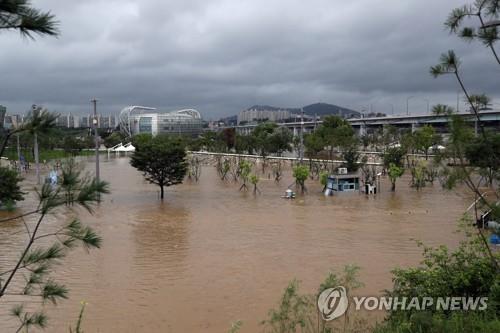 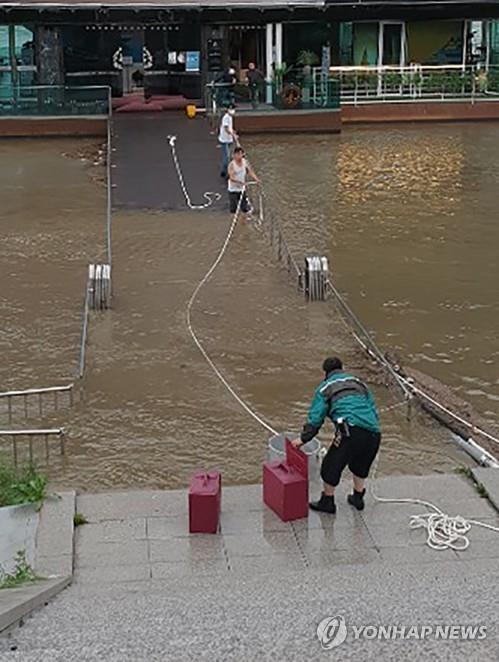