Torrential rain of up to 100 millimeters per hour, accompanied by thunder and lightning, were forecast for parts of the country's central region, with heavy rain of 50 mm hitting parts of Gyeonggi and Gangwon Province in the morning. 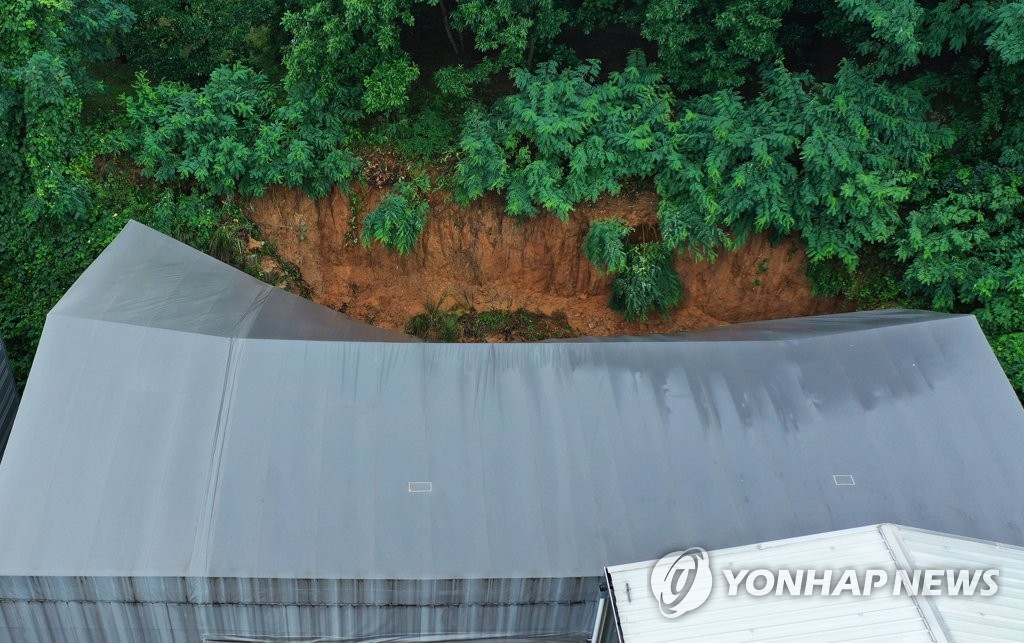 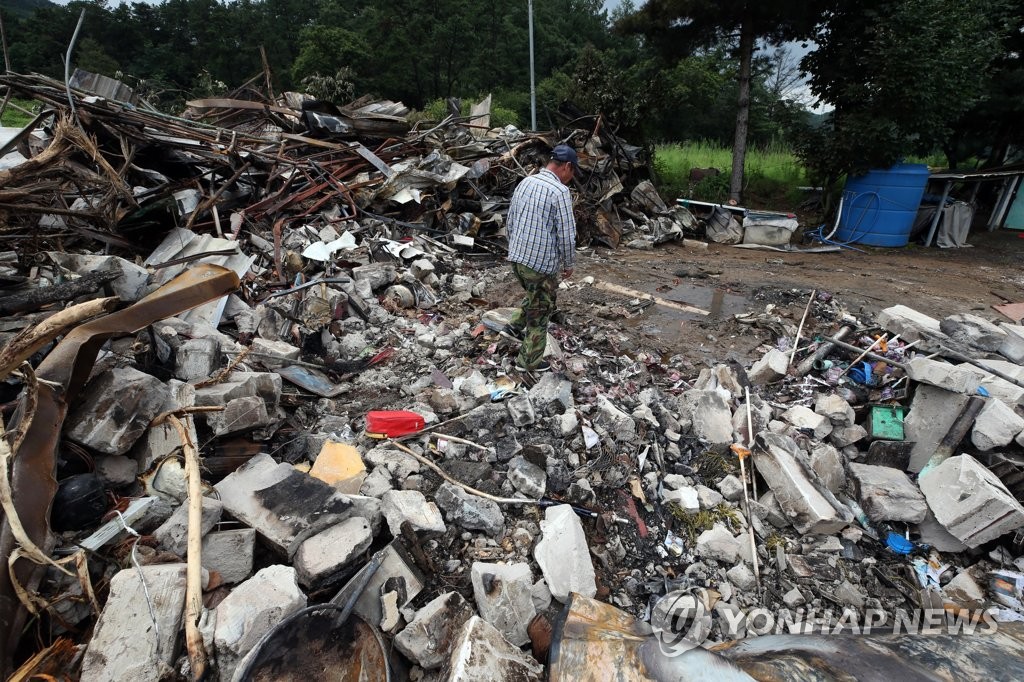 Three people, reportedly two women and a child, were reported to have gone missing after a mudslide engulfed an accommodation at the Gyeonggi county. A report that a person was swept in a mountain stream was also reported.

City officials have banned entry to a riverside park in the eastern Seoul ward of Gwangjin as the water level surged. Entrance to other streams and mountains are also being restricted to prevent accidents.

Entry to parts of Olympic Expressway, a key highway that connects southern Seoul with the nearby Gyeonggi Province, was banned as water levels quickly rose. 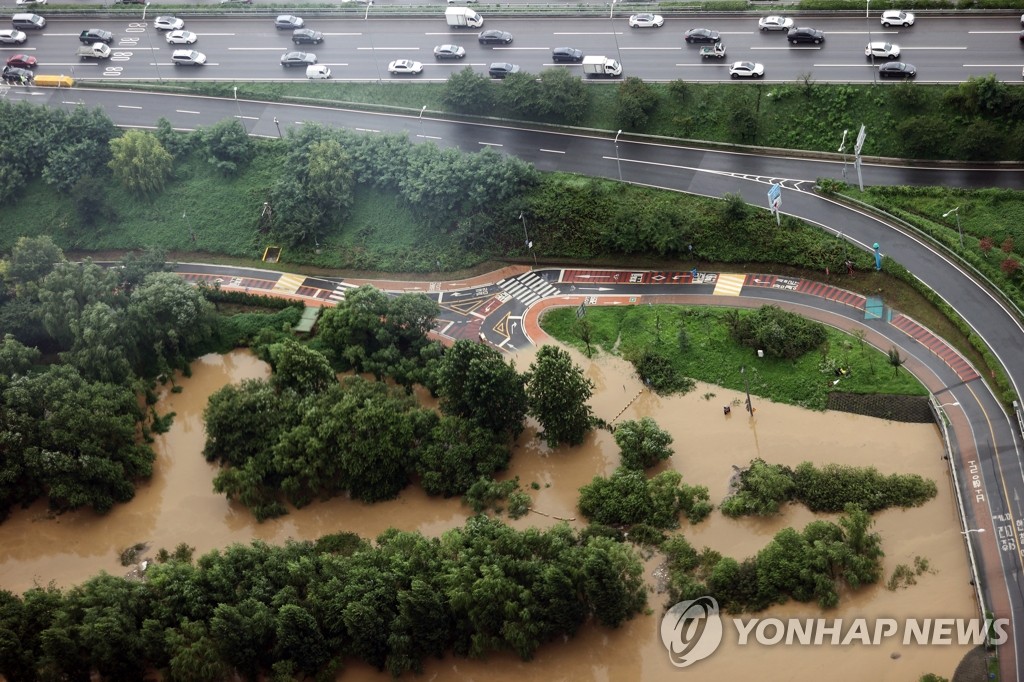 Meanwhile, train services that had been suspended due to mudslides mostly resumed earlier Monday. However, trains connecting Chungju and Jecheon, both in North Chungcheong Province, and Youngju and Donghae in the eastern region remained disrupted. The Taebaek line also remained suspended.

The central disaster agency said that six have died and eight have gone missing due to the heavy rain as of Monday morning. At least 190 houses were damaged, forcing 818 people to leave them. 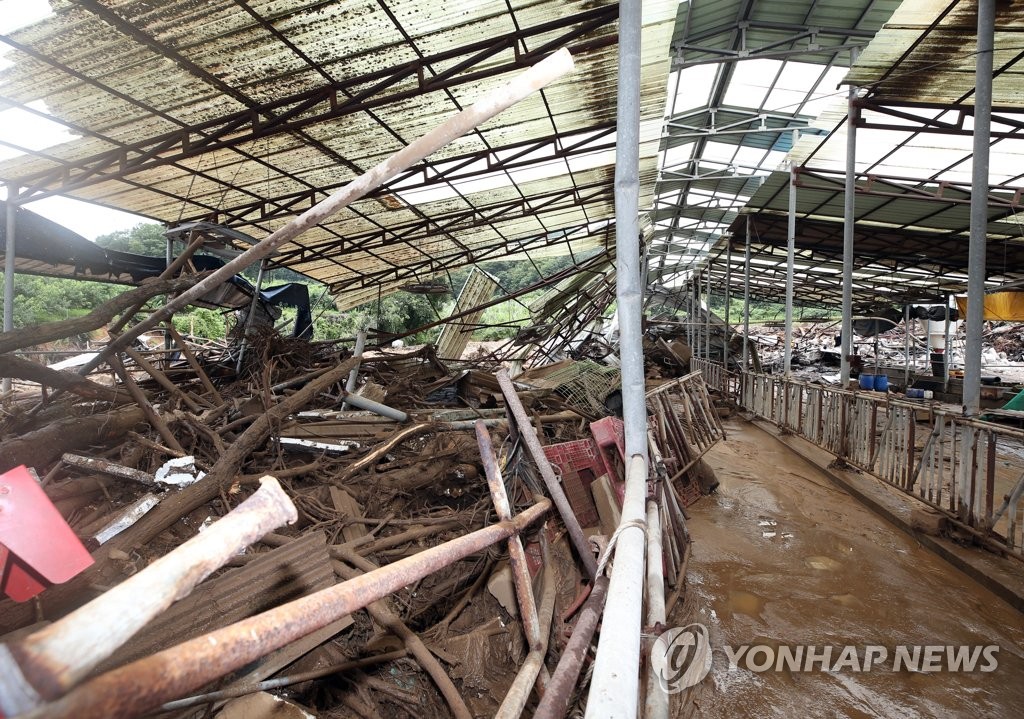 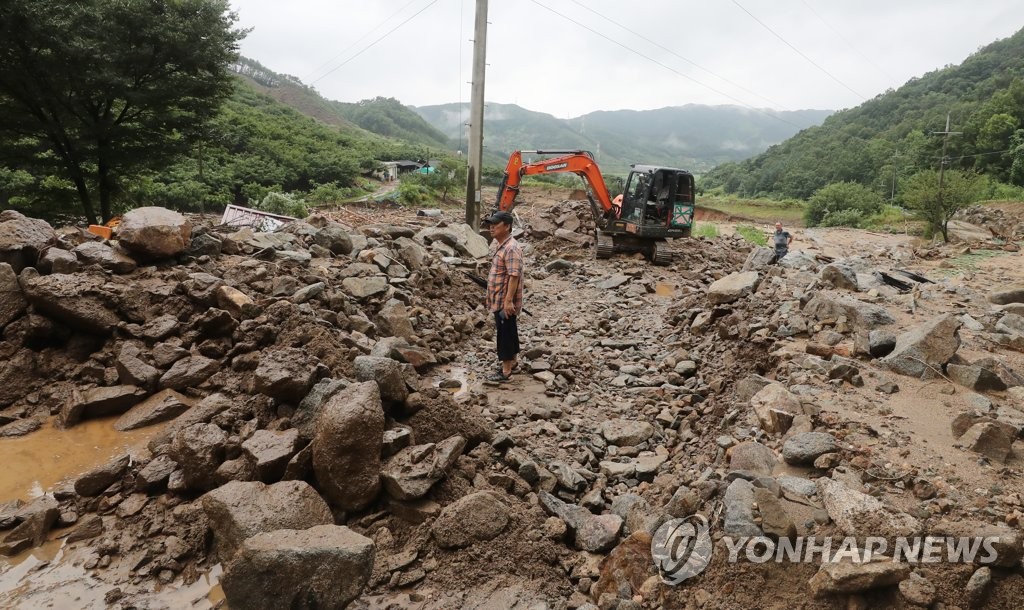 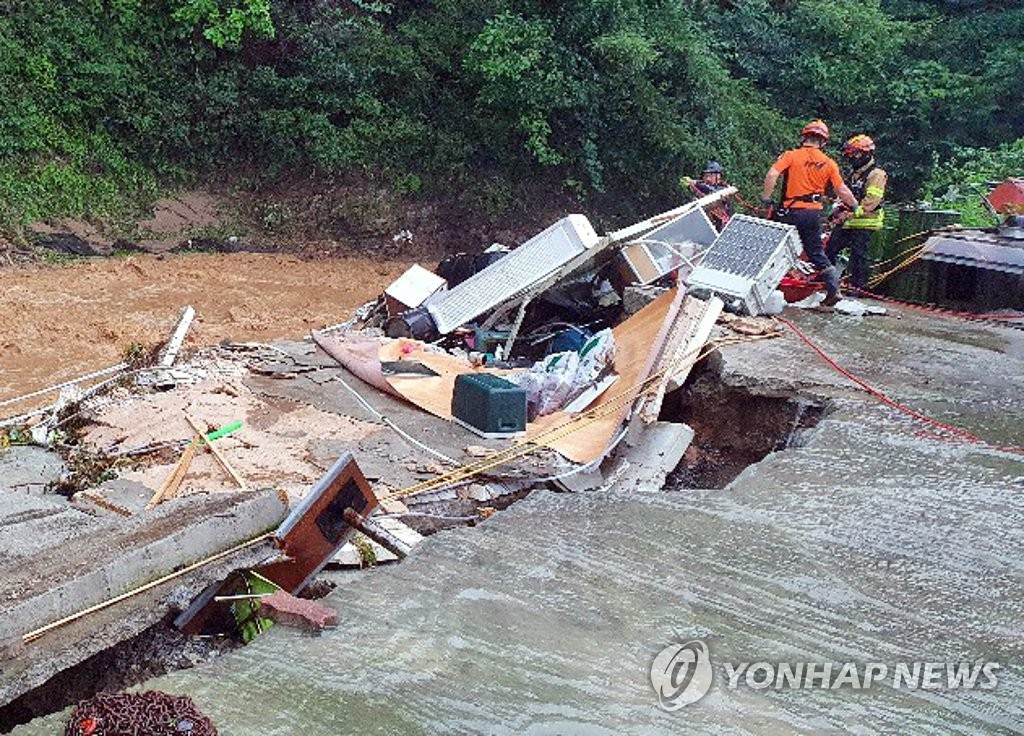