SEOUL, Aug. 3 (Yonhap) -- The foreign ministry has ordered a senior diplomat to return home immediately over allegations that he sexually assaulted a local embassy employee when he was stationed in New Zealand, an official said Monday.

The New Zealander has accused the diplomat of groping parts of his body on three different occasions in 2017. The case has drawn fresh attention after New Zealand Prime Minister Jacinda Ardern raised the issue in a phone call with President Moon Jae-in last week.

"We issued an order as of today for him to return home immediately. It's a personnel measure taken for causing a lot of trouble," a senior ministry official said.

He also said that South Korea is willing to cooperate on the diplomat's extradition in case of New Zealand's request.

"We can cooperate in accordance with the procedure for mutual legal assistance on criminal matters and extradition if the New Zealand side makes an official request," the official added.

The ministry delivered the position during a meeting with New Zealand Ambassador to Seoul Philip Turner later in the day. Upon arrival at the ministry, the ambassador went straight into the building without answering questions from reporters.

During the meeting, the ministry was also expected to voice regrets to the New Zealand government about revealing the matter to its media without trying to resolve the issues diplomatically.

"Also abruptly raising the issue during the leaders' phone call is considered very unusual in terms of diplomatic practices," the official said. 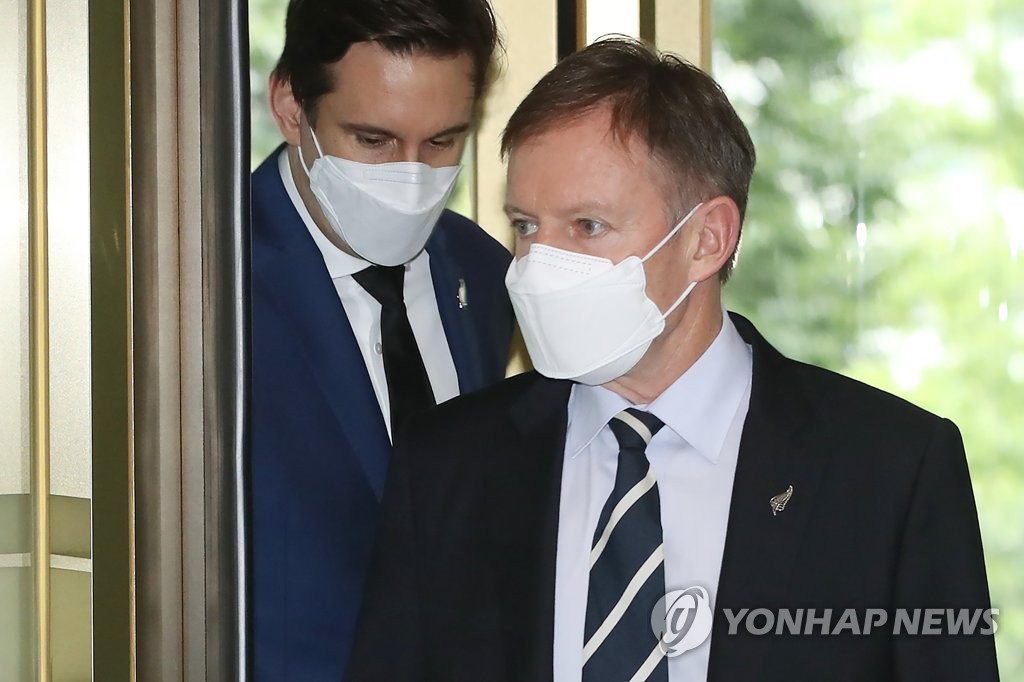 In last week's phone call, Arden had expressed disappointment to Moon that Seoul did not waive immunity so as to allow the investigation to proceed, according to news reports in New Zealand. A spokesperson for Arden was also quoted as saying that it is now up to Seoul to determine what steps to take next.

The Seoul official said that the foreign ministry had proposed ways to cooperate with the ongoing police investigation in New Zealand within the scope of not waiving diplomatic immunity, such as allowing embassy officials to comply with the probe in written interviews, but Wellington has refused.

The diplomat left Wellington in February 2018 and is now stationed in the Philippines.

On Saturday, Winston Peters, New Zealand's foreign minister, also urged Seoul to cooperate by waiving the accused man's diplomatic immunity and sending him to New Zealand for an investigation.