SSAK3's three group songs -- "In Summer," a remake of the iconic 1994 dance hit by Deux, "Beach Again" and "Play That Summer" -- have risen on the top tiers of most domestic music streaming services since their successive weekly releases starting July 11, outpacing other top acts, such as Mamamoo and BLACKPINK. 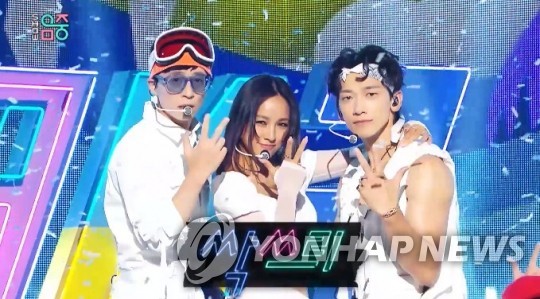 "Beach Again" and "Play That Summer" ranked third and fourth on Bugs Music, while in fifth place stood "Oh My Summer" by Koyote, a '90s-2000s co-ed trio which SSAK3 is modeled after. "Oh My Summer" was initially written for SSAK3 but was later handed to Koyote for the team's comeback.

Songs by SSAK3 and its members solo tracks have fared similarly well on Genie Music. "Linda" and "It's Fun" secured top and second place on the service's real-time chart, while "Beach Again" and "Play that Summer" remained at third and fifth spots, respectively. Koyote's "Oh My Summer" landed at the fourth spot.

On Melon, which has recently ditched the hourly-based real-time chart system to one that's more comprehensive and based on data over 24 hours, "Beach Again" also remained on top, while "Play That Summer," "In Summer" and "Linda" also making in the top 10 at third, sixth and seventh places, respectively.

The halo effect of SSAK3 is expected to last for a while with Lee having hinted at possibly forming a separate project girl group with Mamamoo member Hwasa, soloist Um Jung-hwa and rapper-singer Jessie.

Rising singer-songwriter Park Moonchi, who guest starred on "Hang Out With Yoo" in coaching SSAK3, plans to release "Cool Han 42," a retro-style dance song which was introduced in an earlier episode, later in the day.

According to Nielsen Korea, ratings for Saturday's broadcast of "Hang Out With Yoo," which chronicled SSAK3's promotions for the previous week, stood at 11.4 percent on average, becoming the most popular variety show in the competing time slot in terms of ratings.

The weekend prime time show centers around Yoo, one of the biggest celebrity comedians in South Korea, tackling various vocational projects, such as cooking and stage acting, in a reality TV format. 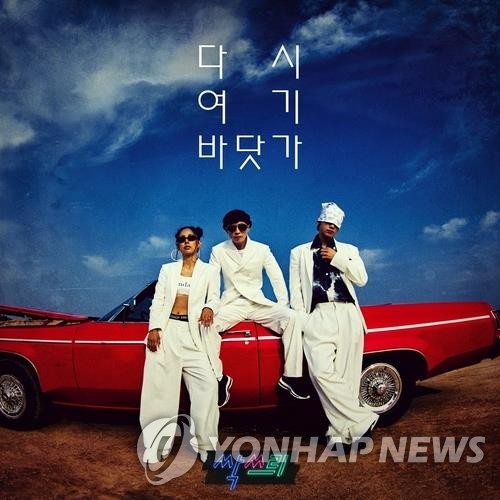