Five individuals arrived at Osan Air Base in Pyeongtaek, some 70 kilometers south of Seoul, on U.S. government-chartered flights from the United States on July 19, 20 and 28, and two service members arrived at Incheon International Airport, west of Seoul, on commercial flights on July 21 and 29, according to the USFK.

Two of them were confirmed to have COVID-19 on their first mandatory test prior to entering quarantine, and the remainder tested positive on their second test required to exit mandatory quarantine, it added.

"All have since been transferred to an isolation facility designated for confirmed COVID-19 cases at Camp Humphreys," USFK said in a statement. "Thorough cleaning of all transportation assets and quarantine rooms has been completed."

The latest virus cases brought the total number of USFK-related infections to 133.

USFK has not recorded an internal positive COVID-19 case since mid-April. But it has reported a growing number of new coronavirus patients among newly arriving service members, dependents and others since late June in line with the fast spread of the virus at their home country. Of the total caseload, 90 were confirmed in July alone, and all of them were newly arriving individuals.

South Korea has seen a constant inflow of new coronavirus cases from abroad. On Monday, the country added 23 new cases, including 20 imported cases, according to the Korea Centers for Disease Control and Prevention (KCDC). 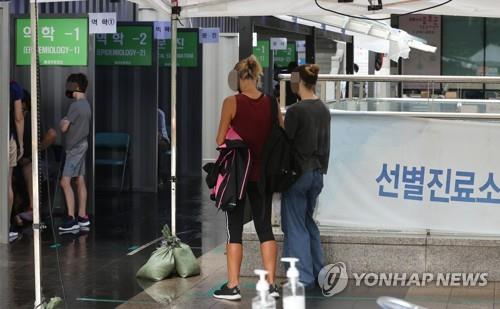