SEOUL, Aug. 3 (Yonhap) -- South Korea raised its weather alert for the capital city and the central region of the country to the highest level amid heavy rain, strong winds and flooding, the government said Monday.

The state danger review committee met earlier in the day and decided to raise the warning level from the current "orange" to the highest "red" as the weather service predicted heavy localized downpours, the Central Disaster and Safety Countermeasure Headquarters said.

South Korea maintains a tiered alert system for dangers related to precipitation and strong wind, ranging from yellow -- representing the need for caution -- moving up to orange, for heightened vigilance, and up to red, which signifies severe conditions.

"The upgrade went into effect as of 6 p.m. for the regions, as isolated and unexpected rainfalls that are hard to forecast are expected," it said. 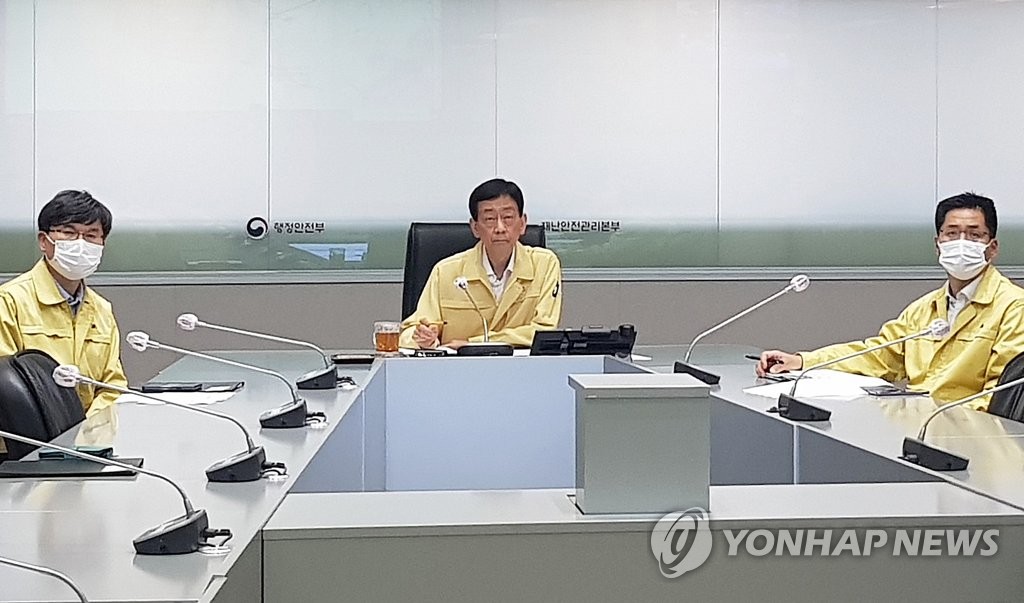 The safety headquarters stressed that there currently is heightened risk as large amounts of rain that have inundated the country over the past few days have weakened the foundations of the ground, which can lead roads and retaining walls suddenly giving way.

"By raising the response level, the government is acting proactively to the present development and informing the general public of the seriousness of the situation," it said.

This latest move follows the safety countermeasure headquarters being placed on the level-three readiness response posture on Sunday, in anticipation of worsening weather conditions. That is also the highest level of readiness for the emergency countermeasure organization.

Minister of the Interior and Safety Chin Young, who chairs the headquarters, said all government agencies need to reflect the heightened alert level and do their utmost to protect lives and property.

He then urged ordinary citizens to stay indoors whenever possible and cooperate with advisories issued by safety authorities.
(END)