According to the Chicago Council on Global Affairs, 90 percent of respondents said they either strongly support or somewhat support the alliance, similar to the 92 percent in December.

The survey, conducted on 1,000 adults in South Korea from June 23-25, also found that a unilateral withdrawal of American troops from South Korea is likely to undermine public support for the alliance.

That's because the U.S. commitment to defend South Korea is closely linked to views of the alliance as mutually beneficial. 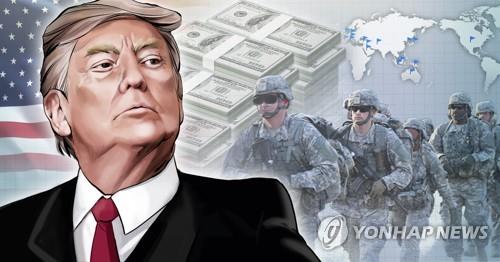 Meanwhile, of those who expressed no confidence in the U.S. commitment to defend South Korea, 70 percent said the alliance mostly benefits the U.S., while just 19 percent said it benefits both nations.

Overall, 64 percent said they regard the alliance as mutually beneficial.

The survey found that 74 percent of the respondents continued to support the long-term stationing of U.S. troops in South Korea.

More than 60 percent said they had heard or read at least a fair amount about the two countries' negotiations for a new defense cost-sharing agreement.

The negotiations have stalled for months as the U.S. demands a significant increase in South Korea's contributions to the cost of stationing 28,500 American troops on the peninsula.

The survey was conducted with funding from the Korea Foundation and had a margin of error of 3.1 percentage points at the 95 percent confidence level.

Most S. Koreans support alliance with U.S. despite tensions: poll

Most S. Koreans support alliance with U.S. despite tensions: poll