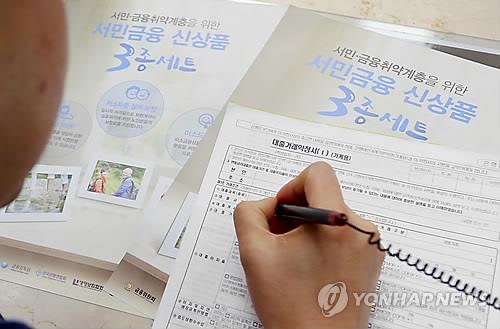 July's spike was attributed to surging home prices that prompted people to borrow from banks to buy apartments before prices rise further down the road.

Home-backed loans extended by local banks increased by 1.4 trillion won in July from the previous month.

Apartment prices in South Korea have been skyrocketing despite a series of government measures to keep them in check.

According to the Korea Appraisal Board, apartment prices in Seoul rose 1.12 percent in July from the prior month, the biggest on-month gain in seven months.

Also responsible was the coronavirus outbreak that forced jobless or furloughed people to borrow money from banks, they added.

The outbreak of COVID-19, which started in South Korea in late January, has battered the country's economy by crimping exports and consumer spending.

Asia's fourth-largest economy shrank 3.3 percent on-quarter in the April-June period, the slowest on-quarter growth since the 6.8 percent contraction in the first quarter of 1998.
(END)