SEOUL, Aug. 4 (Yonhap) -- North Korea's No. 3 leader visited a major port in the western city of Nampho to inspect antivirus efforts, state media reported Tuesday, after leader Kim Jong-un declared a state of emergency following the return of a defector from South Korea.

In late July, North Korea declared a "maximum emergency system" against the coronavirus after it claimed a defector returned home from the South with symptoms. It has since intensified antivirus efforts, putting the border town of Kaesong in a complete lockdown and tightening its national borders.

He called on the officials to strictly follow the maximum emergency system and to thoroughly check the inflow of the "malignant pandemic," it added.

Last week, Choe Ryong-hae, president of the Presidium of the Supreme People's Assembly and the country's No. 2 leader, also visited Kaesong to inspect antivirus measures after the lockdown.

Though the North has reported that the "runaway" defector returned with virus symptoms, state media on Thursday claimed there has been no COVID-19 infection in the country yet. 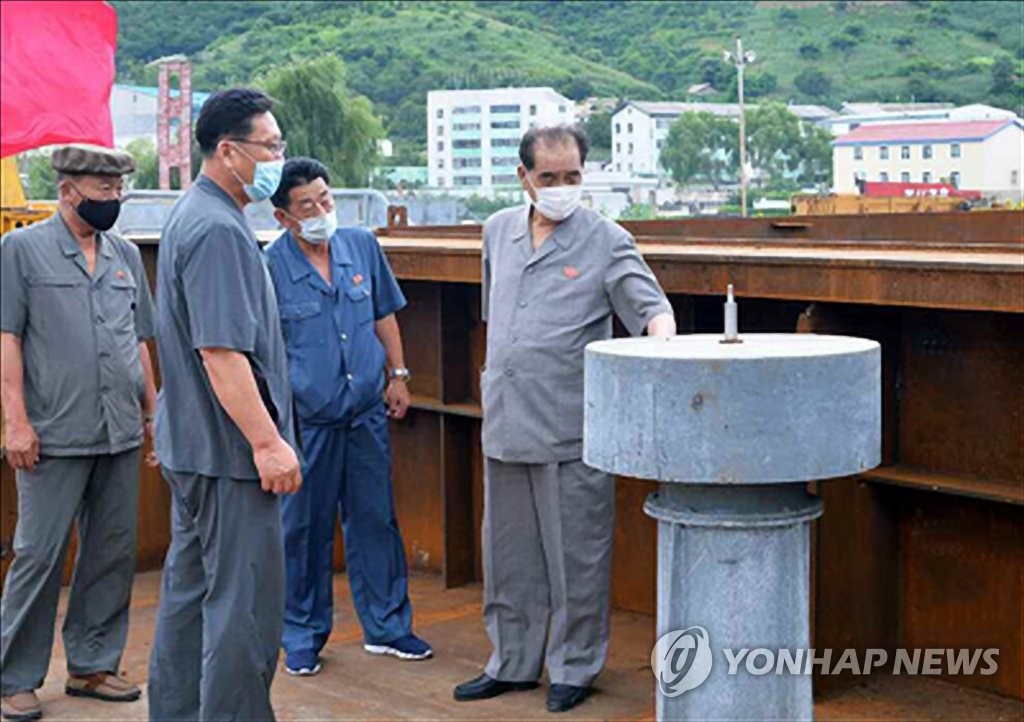