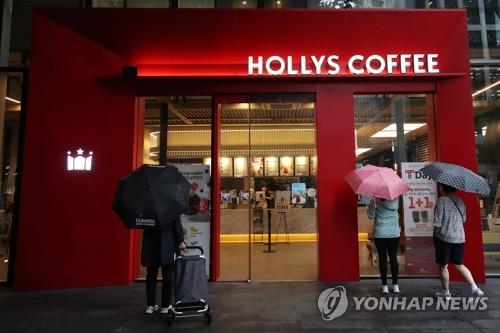 A total of 12 cases have been confirmed at a coffee shop and a restaurant, both of them located in southern Seoul, as of Tuesday, up two from a day earlier, the authorities said.

The KCDC said the people at the coffee shop and the restaurant did not properly wear facial masks during their stay at the place.

One more solider tested positive for the virus, bringing the total number of infections in connection to a military unit in Pocheon, some 45 kilometers north of Seoul, to 22, the KCDC said.

Of the cases involving foreign nationals, health authorities in North Chungcheong Province are scrambling to check over 300 people who attended an Islamic service on Friday. Six Uzbeks confirmed to have contracted COVID-19 this week attended the gathering, fueling concerns of community spread.

Quarantine officials said attendees may not have followed social distancing rules and they may have eaten during the service, thereby raising the risk of spread.

They must submit a certificate showing they have tested negative for COVID-19 over the past 48 hours and must retest for the virus at local clinics within three days of arrival.

A total of 512 entrants from the six countries have submitted certificates, the KCDC said. Twenty-two of them, however, had since been confirmed to have contracted the virus.

Meanwhile, a total of 108 coronavirus patients in critical condition in 33 hospitals across the country have been administered with remdesivir, an experimental drug conventionally used for Ebola.

Four of them, however, have shown abnormal responses to the medication, the authorities said, adding that further probes will be conducted.

The country reported no additional deaths, with the death toll remaining at 301, according to the KCDC, although one 90-year-old woman died during the day after being diagnosed with the virus last month. The fatality will be reflected in Wednesday's tally.