Woowa Brothers currently operates the delivery robot in limited areas in Suwon, south of Seoul, based on the 4G LTE network. The two companies have tested the 5G technology on the delivery robot since June at Konkuk University's campus in eastern Seoul. 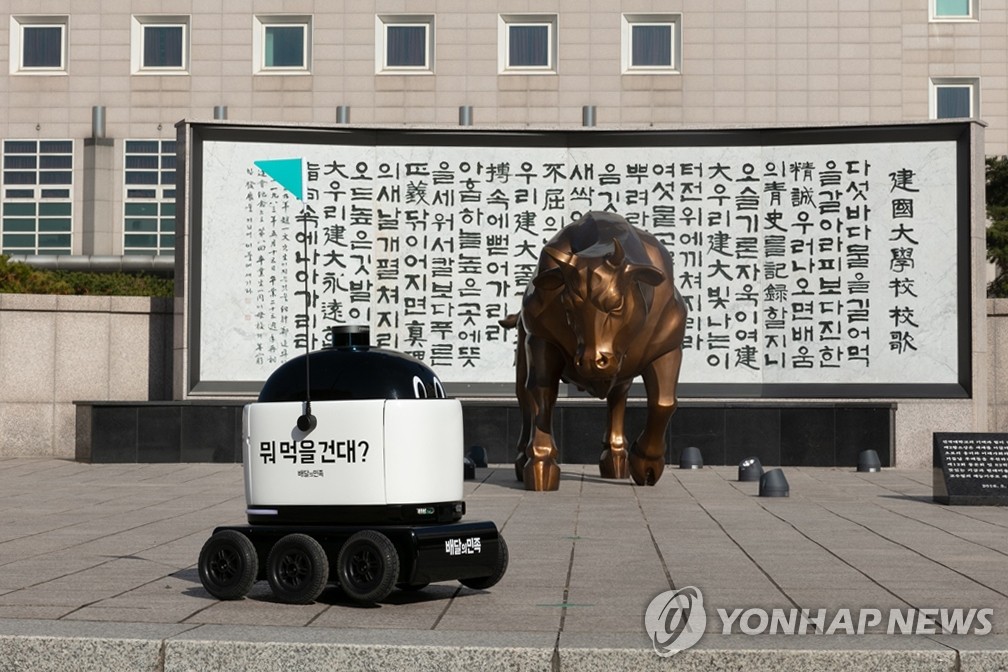 They expect the 5G MEC technology to improve the service's stability and accuracy.

MEC is a key technology to deliver ultra-low latency data communication in 5G networks, allowing companies to offer improved solutions in cloud gaming, smart factories and autonomous driving. It minimizes latency by providing a "shortcut" for data transmission through small-scale data centers at 5G base stations.

SK Telecom said the two companies plan to deploy the service in areas unreachable by vehicles and during hours difficult to operate for delivery workers.

In a separate statement, the carrier said it has partnered with local robotics firm Robotis Co. to develop an autonomous robot for factories using 5G MEC.

The two companies plan to deploy the robot in factories for tasks such as remote maintenance and cargo loading.