SEOUL, Aug. 4 (Yonhap) -- Damage from heavy rain that pounded the country's central region earlier this week continued to grow, leaving 12 dead and 14 missing as of Tuesday. 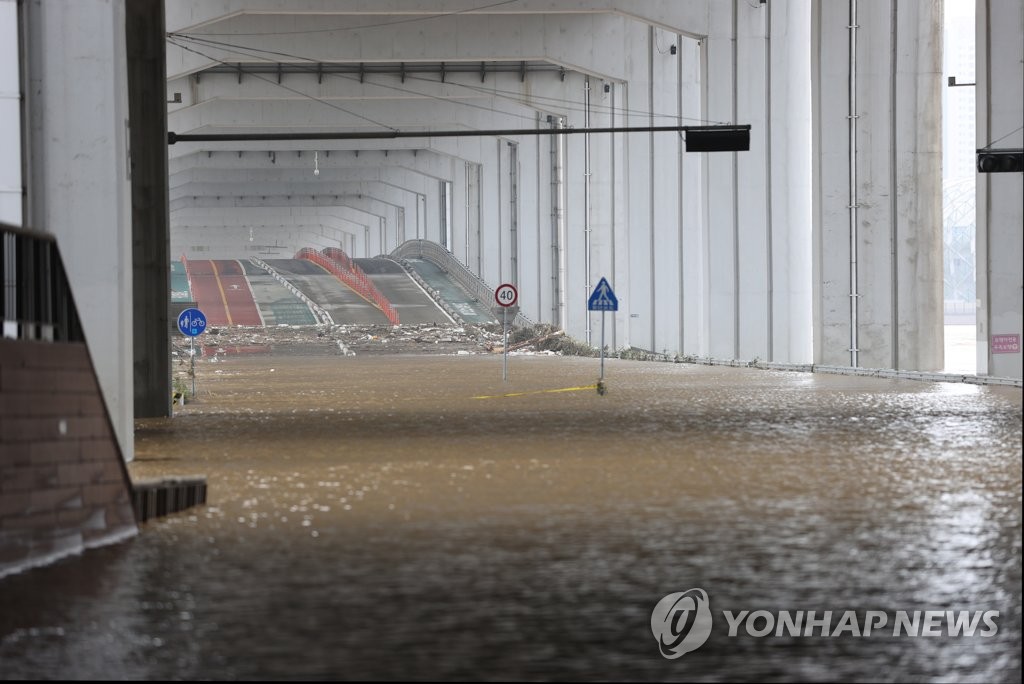 But some roads and railways -- 43 roads and six railway routes including the Chungbuk, Taebaek and Yeongdong lines -- remained suspended. 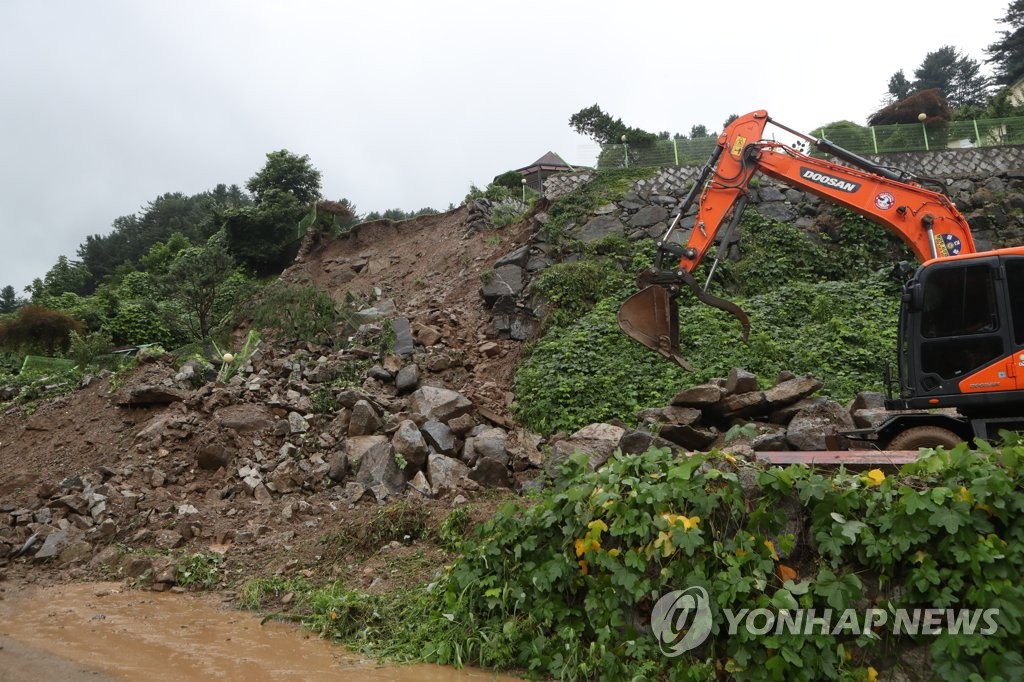 President Moon Jae-in is set to hold an emergency meeting in the afternoon on countering the recent damage.

Chung also urged officials to "strictly deal (with the situation) and work to minimize damage, with a focus on preventing deaths." 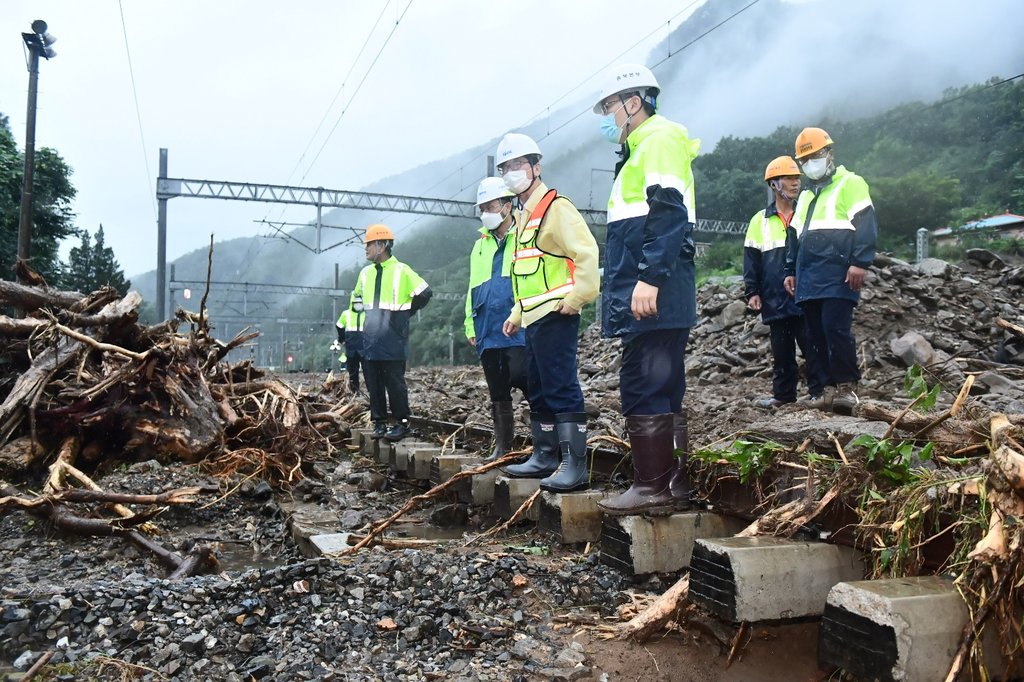 Damage from heavy rain continues to grow in S. Korea

Damage from heavy rain continues to grow in S. Korea