SEOUL, Aug. 4 (Yonhap) -- South Korea said Tuesday it has proposed a drive-thru virus test scheme as an international standard, paving the way for the country to share its know-how in the anti-virus fight.

The International Organization for Standardization (ISO) has voted in favor of proposing the country's drive-thru COVID-19 checkup centers as a global standard, according to the Ministry of Trade, Industry and Energy.

Under the model, drivers do not have to get out of a car and only need to open a window to be checked for fever or have samples taken by medical staff in protective suits. 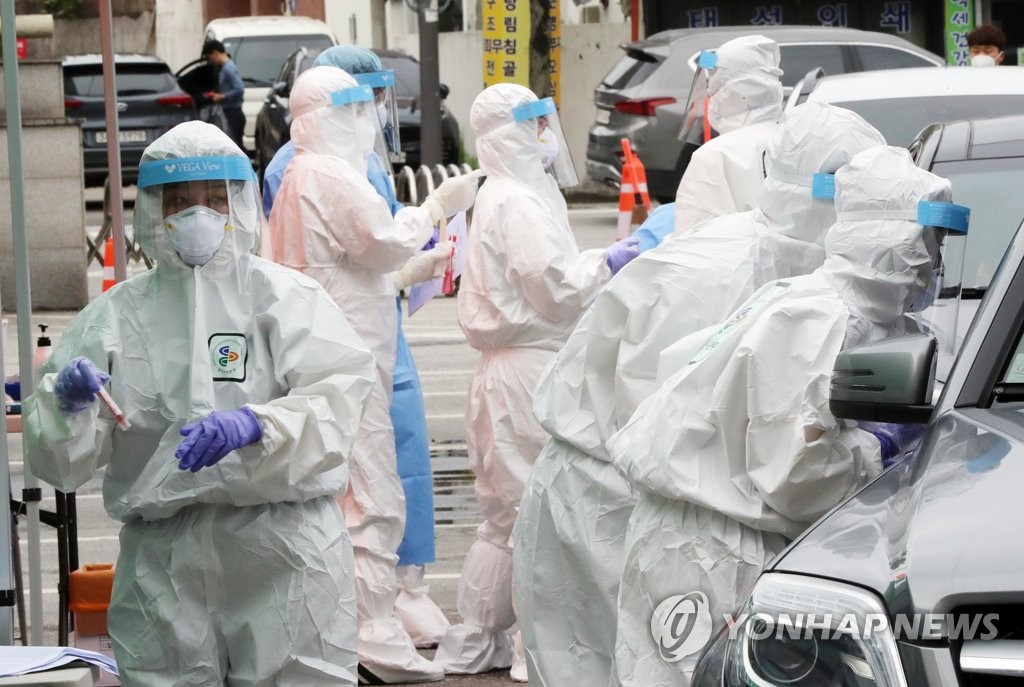 "Drive-thru medical centers are capable of carrying out large numbers of tests efficiently without having to install negative pressure tents," an official from the ministry said. "It is an innovative way to meet the spiking demand for tests."

The country, which operates around 50 of them nationwide, launched the first of its kind on Feb. 23.

Despite being designated as a so-called new work item proposal at the ISO, the ministry said it will still take at least three years for the model to become an international standard.

South Korea has been touted as one of the most successful countries in containing the spread of the new coronavirus without a draconian lockdown.

The country with a population of around 51 million has reported around 14,423 infections as of Tuesday. Locally transmitted cases showed a clear sign of a slowdown recently, with South Korea adding just 13 cases on the day.

On the back of such accomplishments, South Korea has been making efforts to penetrate deeper into the global health care industry.