SEOUL, Aug. 4 (Yonhap) -- South Korea on Tuesday unveiled an unprecedented plan to supply more than 130,000 homes in Seoul and adjacent areas over the next eight years in its latest struggle to contain a further rise in housing prices, which have even dragged down the Moon Jae-in administration's approval ratings.

But the plan's viability is being questioned by experts over its effectiveness as ample liquidity caused by rock-bottom borrowing costs can't find a place to park and the project will take a long time to be completed.

Under the plan, the government will ease some rules to allow redevelopment projects of aging apartment complexes to increase their floor area ratio (FAR) to between 300 and 500 percent to build more units from the current 250 percent. 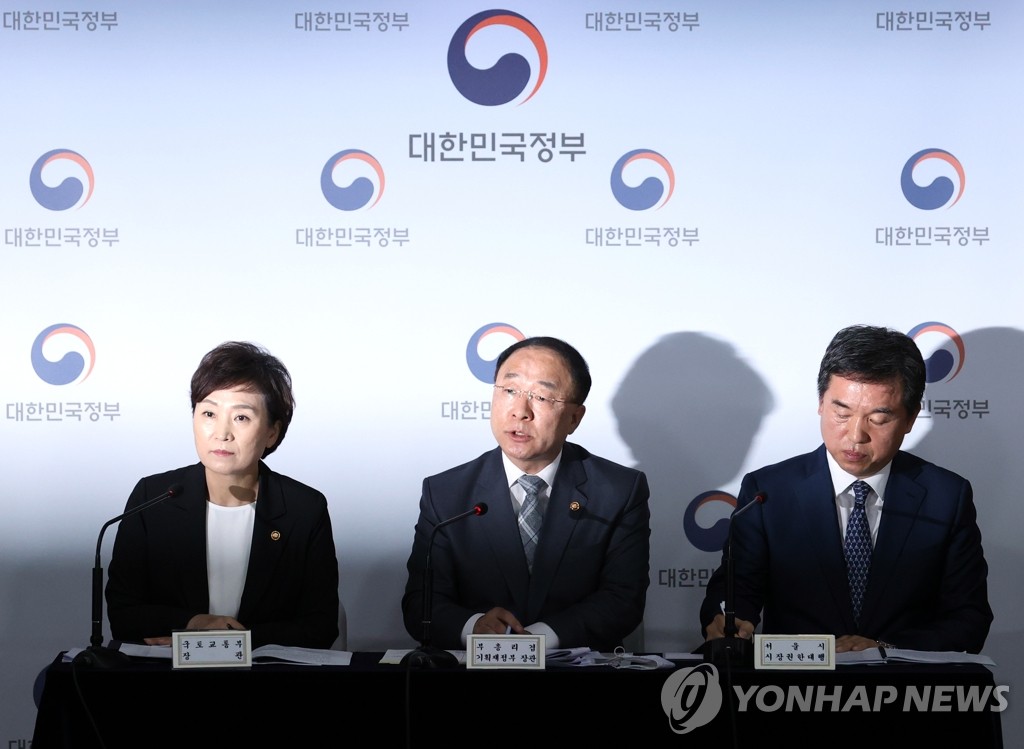 The new measures will also allow such redevelopment projects to build 50-story apartment buildings in the greater Seoul area, far higher than the existing 35-story height restrictions, according to the land ministry.

The measures follow dozens of previous measures ironed out by the Moon government in the past three years to stabilize the real estate market. But the past measures fell short of having brought rising housing prices under control.

"It will be possible to provide more homes through redevelopment of a single residential area. But residents of aging apartment complexes in Seoul won't welcome the idea of supplying more public homes through the reconstruction of their complexes," said Kwon Dae-jung, professor of the department of real estate at Myungji University.

They are already unhappy with the presale price cap for newly built apartments and the system to retrieve excessive gains from the reconstruction, Kwon said.

Park Won-gap, a real estate economist at KB Kookmin Bank, said the new supply plan has at least sent a "signal" to the market that the government is committed to clamping down on rising home prices.

"To help stabilize the real estate market, the government needs to come up with a detailed action plan following the home supply announcement," Park said.

The home supply plan in the greater Seoul area came as housing prices have continued to rise despite a series of measures aimed at stabilizing them.

Prices of apartments in Seoul jumped 55 percent to 26.78 million won(US$22,400) per 3.3 square meters as of July from 17.31 million won in May 2017, when the current government took office, according to the Korea Appraisal Board.

The soaring home prices in Seoul and neighboring areas have been a headache for policymakers as President Moon's approval ratings nose-dived amid public uproar. 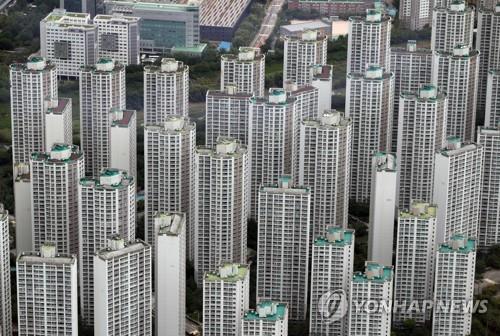 In early July, the government announced its toughest measures yet to rein in rising housing prices, as a series of steps, including tax hikes and loan regulations, failed to put the brakes on soaring home prices.

The current 0.6 percent to 3.2 percent ownership tax on people who own three or more homes will be raised from 1.2 percent to 6 percent, according to the finance ministry. Companies that own multiple homes are subject to a 6 percent property ownership tax.

More recently, the ruling Democratic Party, alarmed by spiking home prices and growing public outcries, rammed through bills to allow tenants to extend their two-year jeonse contracts for another two years and place a cap of 5 percent on increases in jeonse deposits when the contracts are renewed.

Experts warned the passage of the tenants protection laws will push up the jeonse home prices in the long term and landlords will increasingly switch jeonse contracts to monthly rental deals without a lump-sum deposit.

"Landlords will have more reasons to change jeonse homes into monthly rent ones due to record low interest rates," Shim Kyo-eon, a professor of the real estate department at Kunkuk University, said. "And tenants will suffer from a lack of jeonse homes and their financial burden for monthly rent payments will increase."