The teaser, released Monday, features BTS, online video game Fortnite streamer Myth and American singer Khalid and comes just ahead of the Galaxy Unpacked event scheduled for Aug. 5, which is expected to reveal five new devices of the tech giant. 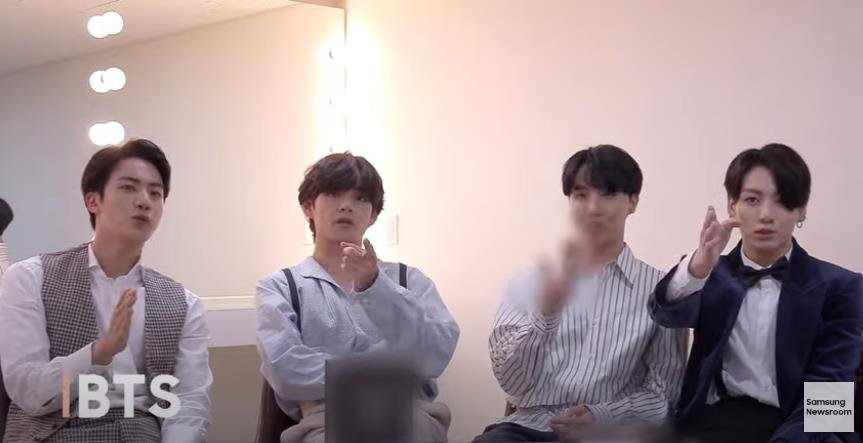 Although the company has not disclosed what devices it will unveil, industry insiders say they will include the Galaxy Note 20 phablet, the Galaxy Z Fold 2 foldable smartphone, the Galaxy Watch 3 smartwatch, the Galaxy Buds Live wireless earbuds and the Galaxy Tab S7 tablet.

Samsung has previously collaborated with the K-pop act, launching the BTS edition of its flagship Galaxy S20 smartphones and earbuds earlier this year.

The launch event comes as Samsung has struggled with device sales this year.

Samsung reported in its earnings announcement last week that it sold 57 million units of handsets in the April-June quarter, down 26 million units from a year earlier.

The company also lost the top spot in global smartphone shipments in the second quarter of the year to China's Huawei Technologies Co., according to market researchers International Data Corp. and Canalys.

The annual event will be held online this year due to the COVID-19 pandemic.