SEOUL, Aug. 4 (Yonhap) -- Hyundai Motor Co. and its affiliate Kia Motors Corp. said Tuesday their sales in the United States fell 0.8 percent in July from a year earlier as the coronavirus continued to weigh on demand.

Hyundai, Hyundai's independent Genesis brand and Kia sold a combined 111,413 vehicles in the U.S. market last month, down from 112,331 units a year ago, according to the companies' sales data. 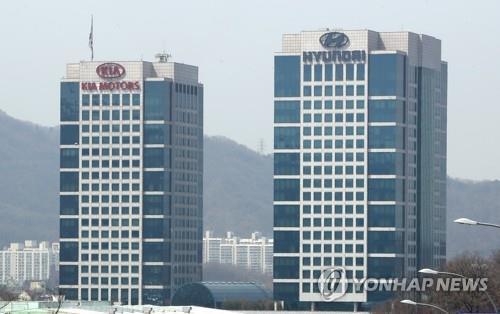 "Our inventory levels are stable and customers are able to find the Hyundai vehicle that best suits their needs. Hyundai dealers have been outstanding partners in responding to the pandemic and helping put customers at ease," Hyundai Motor America Vice President Randy Parker in charge of national sales said in a statement.

The carmakers had planned to focus on boosting sales in the U.S. market this year to offset sluggish demand in China, the world's biggest automobile market.

They originally planned to launch Hyundai's Tucson SUV, the Genesis brand's GV80 SUV and G80 sedan, and Kia's Sportage SUV in the U.S. later this year, but they are still awaiting shipment to the U.S. due to the COVID-19 pandemic.