"We're taking into account plans to hold final round matches of K League 1 in October before and after the Asian Champions League schedule," said the Korea Professional Football League (K League).

According to an announcement by the Asian Football Confederation (AFC), the remaining Group G and Group H matches for the AFC Champions League will take place from Oct. 17-Nov. 1 in Malaysia.

Two K League 1 clubs, the Suwon Samsung Bluewings and the Jeonbuk Hyundai Motors, are in Group G and in Group H, respectively.

Game schedules for Group E and Group F, to which FC Seoul and Ulsan Hyundai belong, respectively, have not been fixed yet, but they are expected to be held in October-November.

Under the 2020 season calendar, which was shortened due to the COVID-19 pandemic, 12 K League 1 clubs will go into the final round of five games in October after completing the first-phase 22 matches. They will be divided into two groups, Final A and Final B, to decide the eventual rankings of the season.

The K League said it has plans to hold two of the five final-round matches on weekdays in August and September, and the remaining three after the Asian Championship competition schedules.

Moreover, as the four K League clubs traveling to Malaysia for the AFC Champions League will have to be quarantined for 14 days upon returning home, the league schedule might be extended to December. 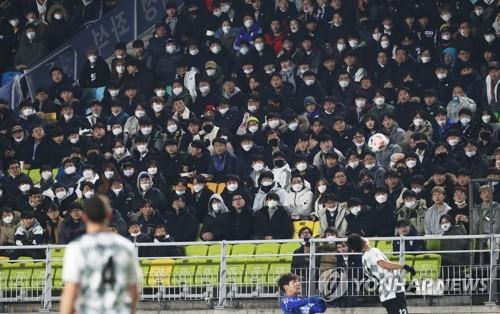