SEOUL, Aug. 4 (Yonhap) -- Five women dressed in hijabs and caftan dresses are seen with motorbikes in the narrow streets of Morocco. Standing before the camera, they stare into the lens not as passive presences but with bold and bravado-filled poses.

In "Henna Angels," a 2010 photograph by Moroccan-British artist Hassan Hajjaj, the camera presents the women in bold and vibrant ways, applying the kind of shot-from-below compositions seen in fashion magazines or swag-rich hip-hop music videos. 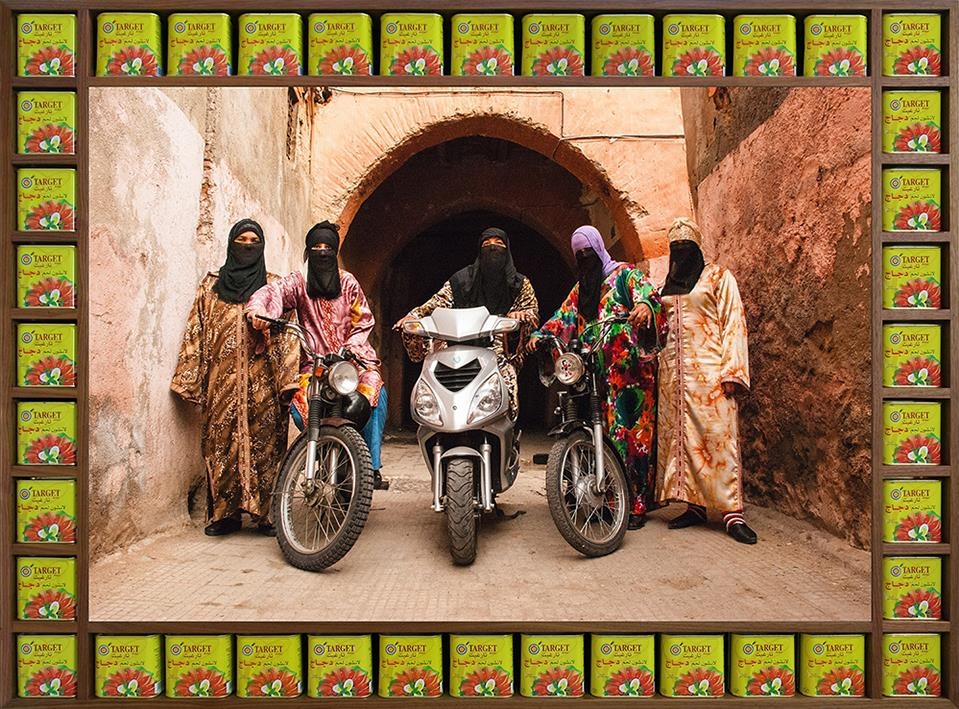 The piece, part of Hajjaj's "Kesh Angels" photography series, will be presented at the internationally renowned contemporary artist's first solo Asian exhibition, titled "A Taste of Things to Come," at the Barakat Contemporary in central Seoul from Wednesday to Sept. 27.

Hajjaj was born in 1961 in the northern Moroccan city of Larache and immigrated to Britain during his teenage years.

Self-taught and working principally in photography, he was influenced by his Moroccan and British identities to shape his art, often mixing rhythmic colors and patterns of North Africa with a cosmopolitan flare he acquired while growing up in London. 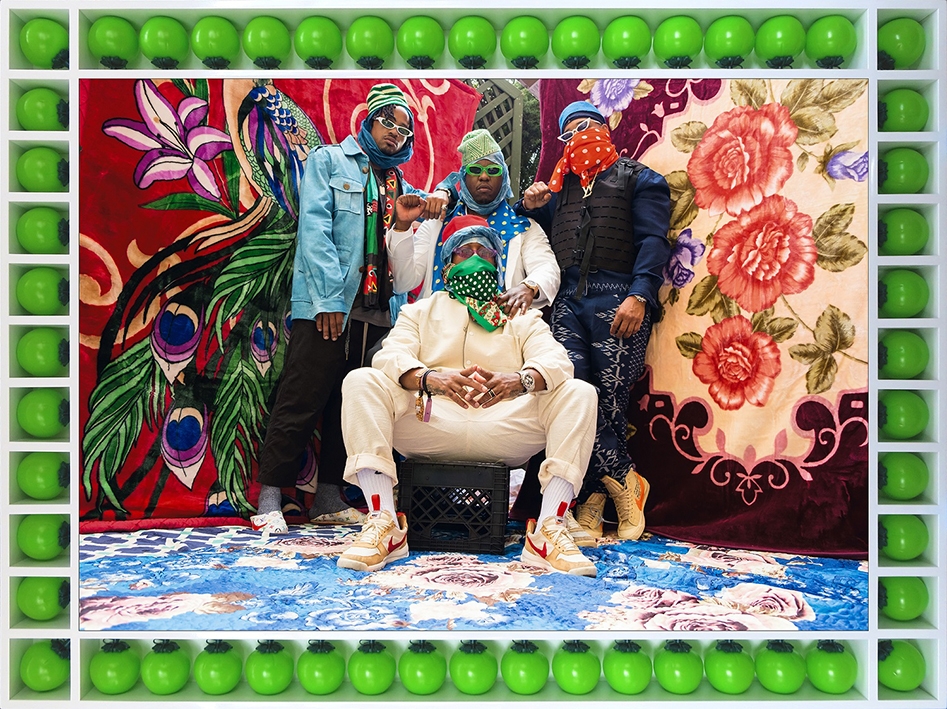 Hajjaj's numerous solo and group exhibitions include those at London's Hayward Gallery, the Maison Europeenne de la Photographie in Paris and the Los Angeles County Museum of Art. He has also worked with pop singers Madonna, Cardi B and Billie Eilish for magazine photo shoots.

Some of Hajjaj's leading photography series -—including "My Rockstars," Kesh Angels," "Dakka Marrakchia" and "Legs" —- are presented along with the 26-minute-long multi-frame video piece "My Rockstars Experimental Vol. 2." Even the portraits themselves are surrounded with unique frames created with everyday commercial goods from Morocco, including drinks, cans of food, toys, recycled tires and matchboxes.

Rather than being mere decorations, the frames are reinterpretations of Morocco's traditional mosaic patterns and tiles from Hajjaj's perspective, adding a layer of expression in representing his artistic vision that meshes traditional North African visual elements with cosmopolitan and capitalistic traits.

In addition to his photographs, the artist's boutique in Morocco is recreated at the exhibition, offering a chance to see the full range of Hajjaj's artistic vision spanning the fields of fashion, design, art and commerce.

For the exhibition, the gallery's walls and floor were also covered with wallpaper in patterns of camels and traffic signposts seen in Morocco.

"The gallery space itself will provide an utterly new kind of spatial and temporal experience, like stepping into one of Hajjaj's works," Kim Min-jung, a curator at Barakat Contemporary, said. 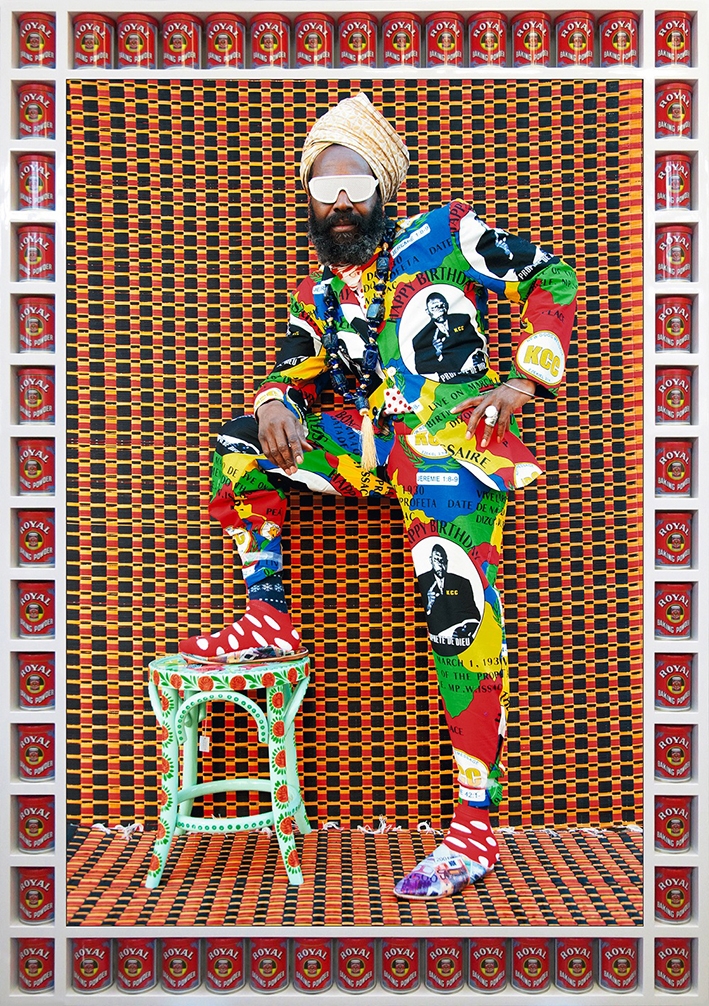