SEOUL, Aug. 4 (Yonhap) -- The Korea Centers for Disease Control and Prevention (KCDC) will become an external agency with expanded powers over the country's response to infectious illnesses, officials said Tuesday.

The move comes as the National Assembly passed revisions to the Government Organization Act earlier in the day, giving the KCDC independent powers over its personnel, structure and budget. It will still be under the health ministry, but it will be led by a vice minister-level official with considerable administrative authority.

"Under the change, the public health and safety agency will be the 'control tower' for all contagious outbreaks, giving it sway in times of health emergencies," an official source said.

The full change will go into effect one month after the revisions are officially proclaimed by the government.

The KCDC started to grow following the Severe Acute Respiratory Syndrome outbreak here in 2003, and became even more important as the country struggled with Middle East Respiratory Syndrome in 2015. During the COVID-19 pandemic it has played a critical part in Seoul's fight to contain the spread of the coronavirus.

Besides becoming a larger organization with greater responsibility, the agency will set up so-called disease response centers in major population areas that will allow it to detect potential outbreaks more quickly. 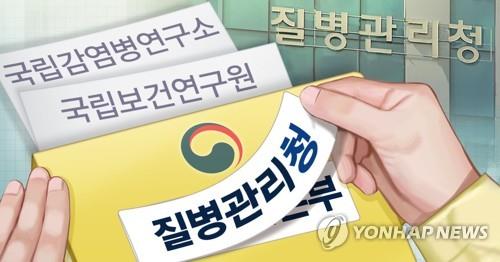