"I give my apologies for causing concern in regard to the unwholesome affairs following the PyeongChang Olympics," Lee said in a video posted to YouTube.

"Over the past two years, I had time to look back (at myself). No matter what, I realized that I am the one to be blamed and who needs to repent," the 32-year-old said, adding that he will take care so as not to repeat the same mistakes.

Lee was accused of beating up on two teammates at a team hotel and a restaurant during international competitions in 2011, 2013 and 2016.

The apology also came as the sports community is having a wake-up call over bullying and violence cases involving athletes.

In a reform bid, the National Assembly on Tuesday passed a revision to the National Sports Promotion Act, aimed at preventing bullying and violence by sports trainers and athletes following the apparent suicide of former Gyeongju triathlete Choi Suk-hyeon who was verbally and physically abused by a head coach and fellow triathletes. 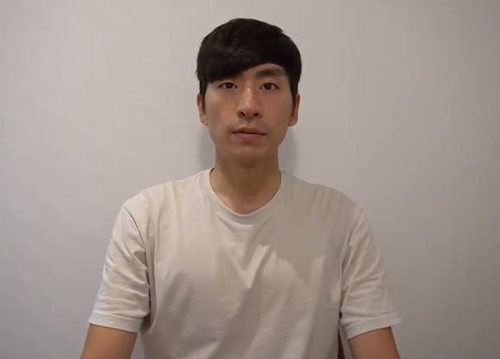