Navy Adm. Charles Richard made the remark during the virtual Space and Missile Defense Symposium as he discussed the military threats posed by China and Russia.

"North Korea continues its illicit pursuit of nuclear weapons and are advancing their missile systems," the commander said. "These capabilities threaten our forces and allies in the region ... Their ICBM tests in the last few years can even pose a threat to our homeland."

Richard was referring to North Korea's tests of intercontinental ballistic missile tests in 2017.

U.S. President Donald Trump and North Korean leader Kim Jong-un have since met three times to try to reach a deal on dismantling the North's nuclear weapons program in exchange for U.S. concessions.

The effort has stalled since the leaders' second summit in Vietnam in February 2019 ended abruptly due to differences over the scope of North Korea's denuclearization and sanctions relief from the U.S. 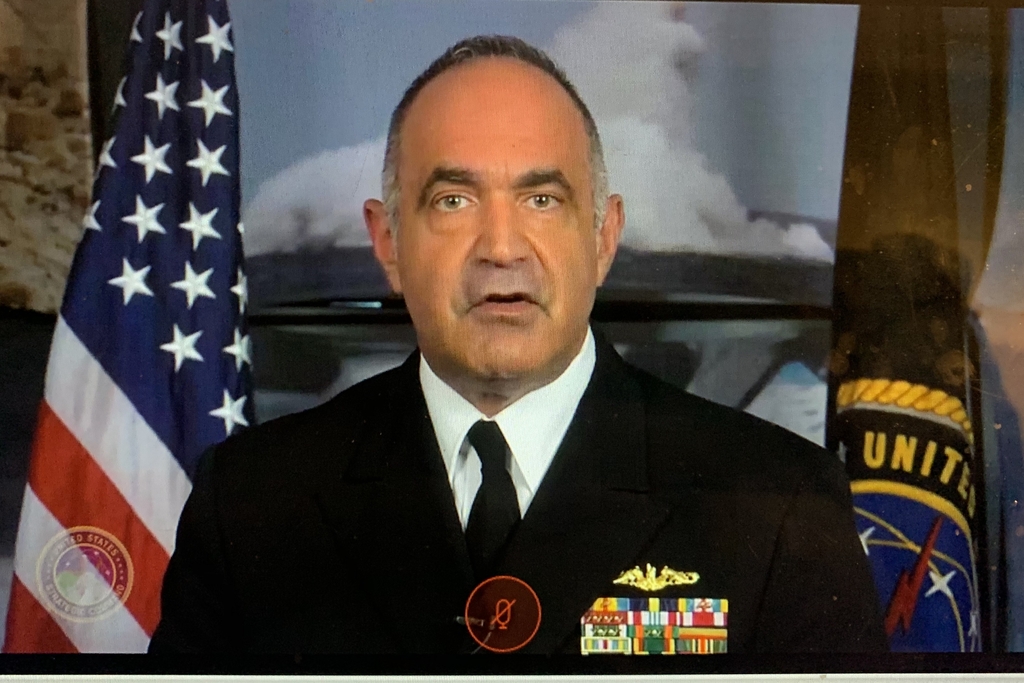