WASHINGTON, Aug. 4 (Yonhap) -- U.S. President Donald Trump has suggested that South Korea's coronavirus death toll can't be trusted as he continues to defend his administration's handling of the pandemic.

In an interview with Axios broadcast late Monday, Trump showed data that indicated the U.S. has a low rate of deaths as a proportion of cases.

Axios reporter Jonathan Swan challenged the U.S. president, saying the U.S. is "really bad" and "much worse" than South Korea and Germany in terms of death as a proportion of population.

"You can't do that," Trump responded in the interview filmed July 28. "You have to go by the cases."

Swan maintained that "it's surely a relevant statistic" if South Korea shows 300 deaths out of a population of 51 million.

Swan asked: "You think they're faking their statistics? South Korea?"

Trump hesitated, then said: "I won't get into that because I have a very good relationship with the country. But you don't know that, and they have spikes."

Trump boasted in the early months of the pandemic that the U.S. had performed more coronavirus tests than South Korea, a country that was widely praised for its aggressive response to the pandemic.

As of Tuesday, South Korea saw 14,423 cases of COVID-19, with 301 deaths, according to the Korea Centers for Disease Control and Prevention.

The U.S. reported more than 4.7 million cases and more than 155,000 deaths, according to Johns Hopkins University. 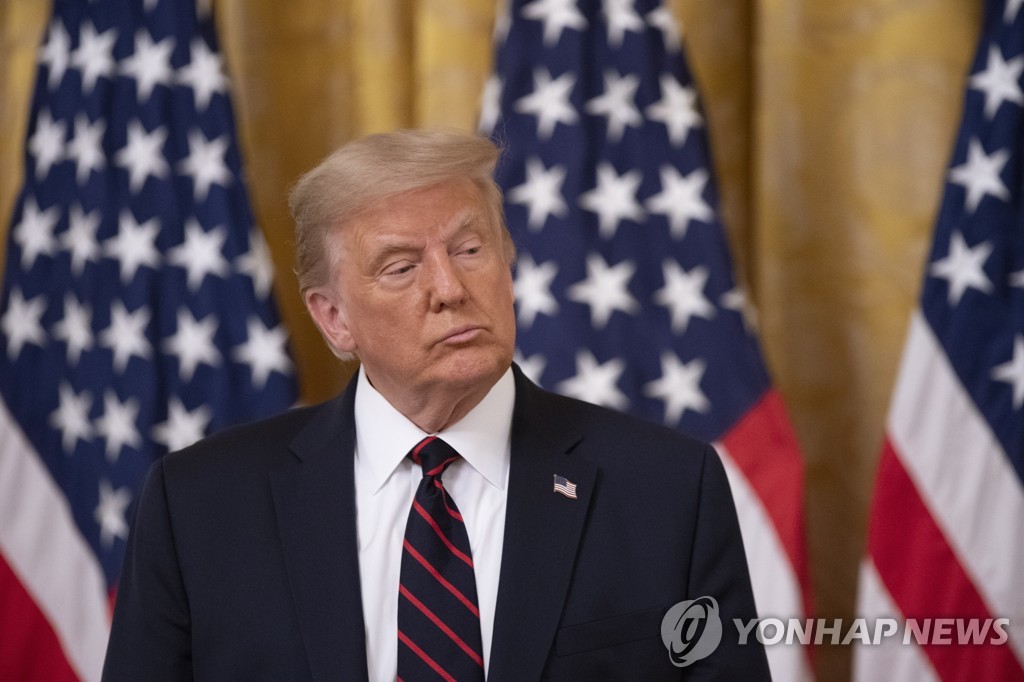