Christopher Ford, assistant secretary of state for international security and nonproliferation, issued the warning before the U.S. House of Representatives China task force on July 13, according to text published by the department on Tuesday. 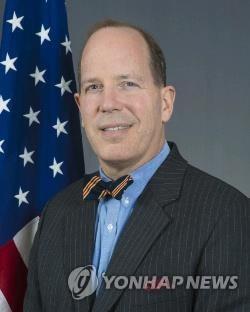 "If we do not wake up to these threats and close the holes that MCF has sought to tear in the fabric of our national security protections -- and here I am speaking not just about U.S. policy but also about the approaches employed by all possessors of advanced technology that are targeted by (China), including France, Germany, Japan, the Netherlands, South Korea, Taiwan, and the United Kingdom -- the CCP will be handed a golden opportunity to advance its geopolitically revisionist dreams at our collective expense," he said.

The remark is in line with Washington's growing campaign to isolate Beijing in the wake of its rising economic and military status in the world.

"In the broadest sense, the ways in which MCF attempts to target U.S. and allied technology sectors all arise from the same source: the Chinese Communist Party's ability to wield coercive power -- if it wishes to -- over any Chinese national or company, whether at home or even, to a great extent, abroad," Ford said.

The U.S. has mounted a campaign against the use of products made by Chinese telecom giant Huawei in 5G networks, alleging that Beijing could use the equipment for espionage.